It has been a very busy day today. Samuel finished his homework while I did the ironing and then we decided to go out as the weather was so nice. Our first stop was the elusive Findlater Castle. It is signposted off the A98 but then seems to disappear!! After doing a few u-turns we managed to find a tiny little track that took us up past a derelict farm where we found a car park sign!! From there on in it was easy to find. Mind you once we found it I did have to wonder why anyone would want to build it on the cliffs. 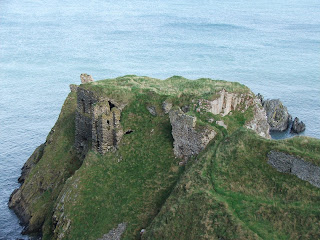 Once I saw how far down the drop was I left the camera with John and got him to take the pictures once he, Samuel and Moss had walked accross the tiny path to the main ruin. I did see a deer while I was waiting on the other side!! 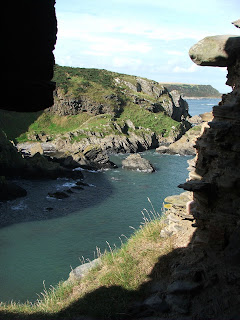 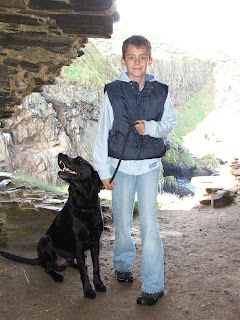 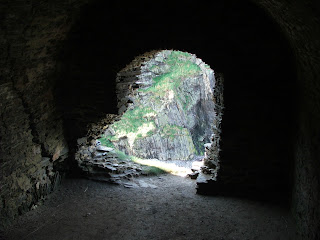 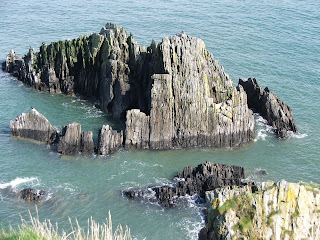 Our next stop after the castle was Sandsend beach where Samuel went to investigate the old WWII bunkers. Mossy had a great time 'Surfing' until he got a bit too far out of his depth and he came back in!! The beach was really busy today. Loads of kayaking going on and one or two surfers. And of course Joe Public who think it's OK to let their dogs jump all over yours!!!! 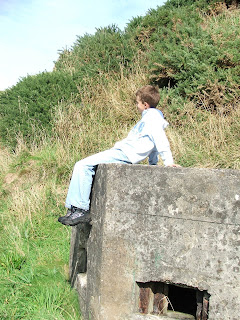 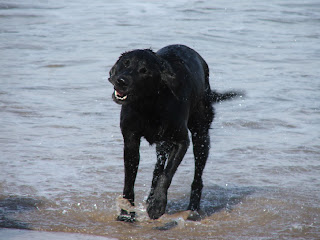 While we were there John found a new friend. This butterfly was quite happy to sit on John's hand for a while while I took pictures. Awfully kind of him :) 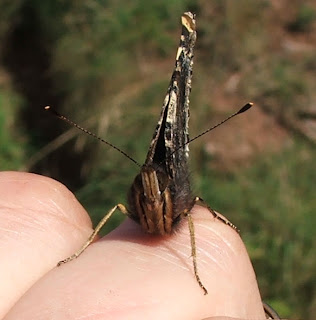 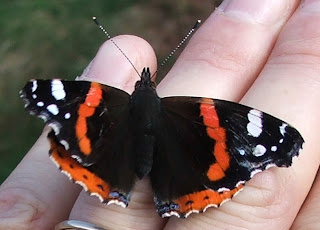 Once all this excitment was over it was time to head home (via the ice cream shop in Cullen of course). Samuel even said thanks for taking him out today. Like he had any choice while the sun was out.