- October 26, 2008
We went out to Roseisle Beach today while the sun was out. I had to lend Sheila a hat and it was just as well as it was freezing on the beach. Mossy had a good time in and out of the waves but we didn't stay too long as the wind was getting up. Samuel managed to find yet more shells for his 'Nature Shelf'. (More stuff to put in the garden when he's not looking!!)
We took a walk round the woods while we were there as Sheila was on the look out for a Red Squirrel as she's never seen one before. Samuel managed to see one run along the ground and up a tree but all the rest of us saw was it's tail!!
It was just starting to rain as we got back to the car. 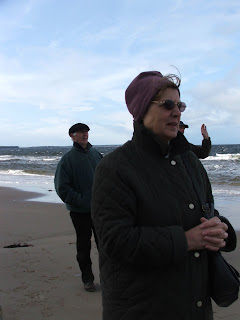 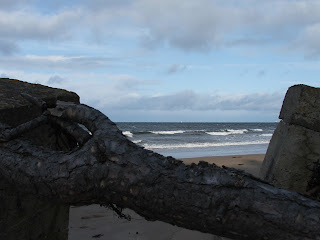 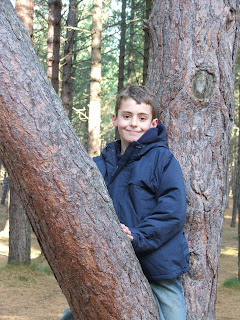