On Wednesday Ruth and I took Samuel to see Joseph at the Adelephi Theatre in London. He didn't know he was going as we told him he was just going out for a surprise. His face when he saw the tickets was a picture. 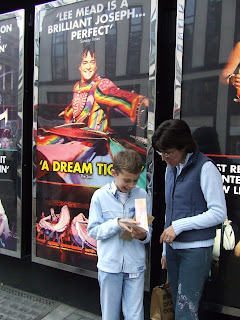 The show itself was fan-tas-tic. Lee Mead was excellent and has really made the role his own. The cast were funny and the Pharaoh was actually Elvis!! Close Every Door had me in goosebumps from top to toe. It was the quickest 2 hours of the week. It was well worth the money and would definitely be something you could see again. 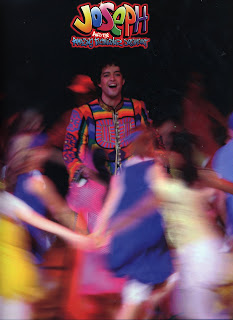 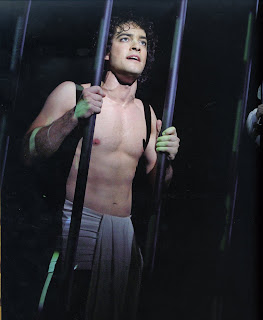