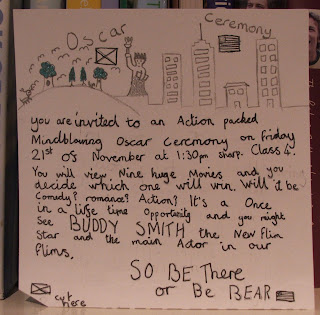 Today was Samuel's Oscar Cermony. His class has been doing film making/movies this term as their topic and each of the 9 groups had to make, produce, script, film and act a five minute movie. Samuel's group did a version of Harry Potter where Samuel played Lord Mouldymort!! I haven't seen it yet as working in a school it's a nighmare trying to get time off but John said it was very good and that Samuel had quite a big part. They all worked really hard and each group won an Oscar for something. Samuel's group won best supporting Actor/Actress (but he said that there wasn't one for best Actor). He has always been a bit of a Drama Queen!!!! 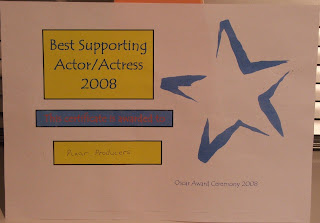