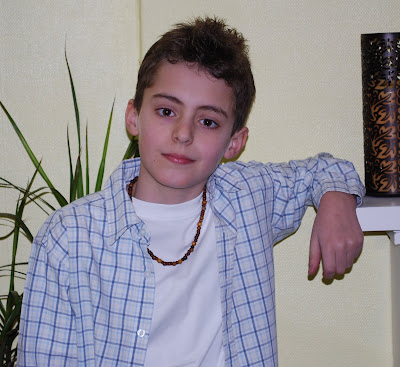 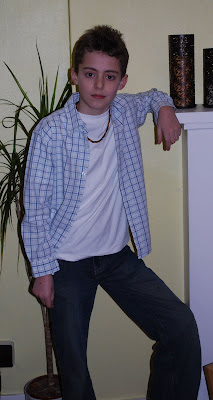 Today Milne's primary had a "Come as your Favourite Celebrity" day. Trouble was they only gave us 2 days notice!! Up until last night we had no idea who he was going to go as or where we would get any necessary items for that person.
One brain storm later, after watching one of his favourite programmes, Brainiac, Samuel decided he could go as Richard Hammond as all he would need was his jeans, a t-shirt and a shirt. (That was all he wears when he's on Top Gear too Samuel tells me). So after hunting through his wardrobe we had our outfit. As for the hair....well that had to be from an earlier programme as we didn't have time to grow it overnight!!!