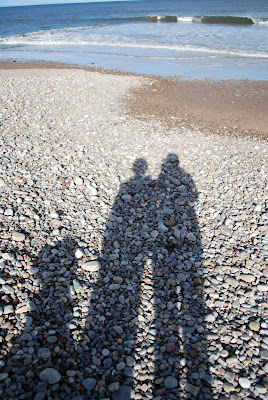 The sun came out for the perfect "Shadow" shot. Including the dog!! 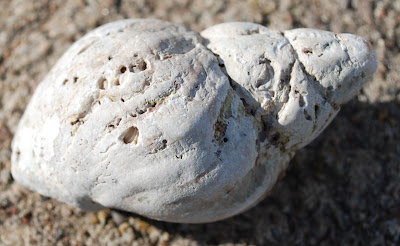 Samuel's turn with the camera produced this shell picture. Not bad eh? 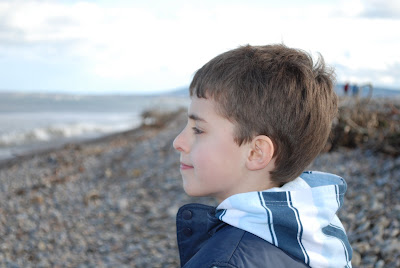 This was my attempt at the portrait setting. 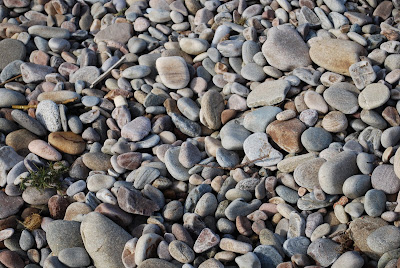 After taking a few snaps of the memorial we took Moss for a walk to the beach. When I say beach I mean pebbles as neither Port Gordon or Spey Bay has sand!! He didn't seem too bothered though. At Spey Bay we popped into the WDCS building as Samuel has a poster on display there. His class did poems and posters about dolphins a while back and some of them are up in the shop. His poem was supposed to be up but wasn't today. Never mind, at least I got to see his poster.
He is positive he saw a dolphin but I couldn't see anything except sea birds!!!! Who knows maybe he did.