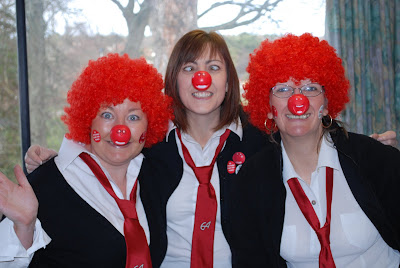 Red Nose Day.......who doesn't like a good laugh whilst wearing a silly red nose? Elaine and Sharon in the school office, where I work, decided to wear curly red wigs too. They were very hot and very itchy but they wore them anyway. As it wasn't a come as you please day or a fancy dress day we (the office ladies) decided to wear school uniform along with the kids. Dig the funky red ties we have. 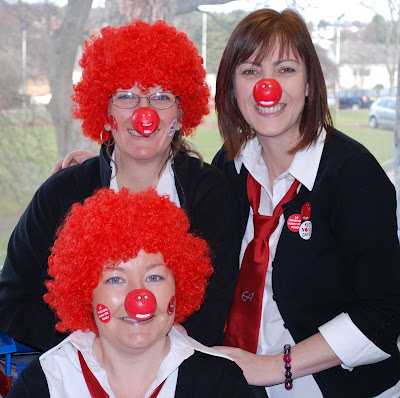 The noses this year were softer but made talking very difficult. Everyone sounded like they had a really bad cold. 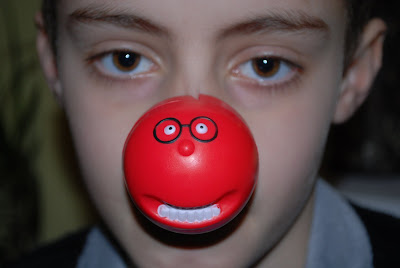 Samuel (who still looks half a sleep in this photo) went to school in his pjs as it was one big sleepover today. I have a feeling it might be the last time he does this as next year will be High school and they don't do things like that!!!!!! He didn't know which nose to pick so he picked all three and then picked mine!!!!!!!! 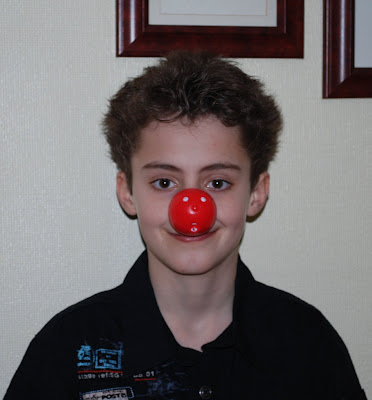 Looking slightly more awake and sporting what he calls his "Mad Professor" hair he went off to schol to help out at the disco for the little ones in Primary 1 -3 before staying to cause mayhem at his own disco later. I have to say he looks more awake in this photo.