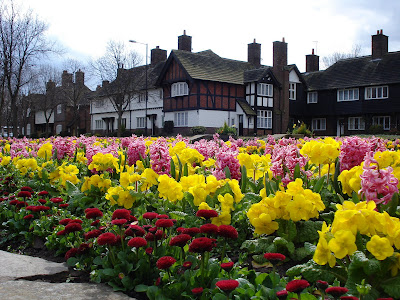 Sunday was a beautiful sunny day, if a little on the chilly side, so we popped over to Port Sunlight to meet Auntie Irene for a cuppa and a wander round the village. 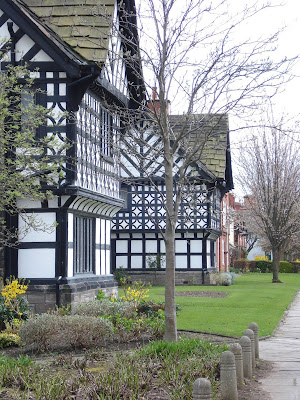 The village was built in 1888 by Lord William Lever (of Lever Brothers soap etc) for his soap factory workers. He had thirty architects working on the designs so all the houses didn't look the same. Today anyone can live in the village, not just those who work at Lever Brothers but there are some rules....you are not allowed Sky dishes or to change the windows or front doors. In other words you can not change or add to the appearance of the house in anyway. It's actually a good rule as the village still looks as gorgeous today as it must have done when it was first built. 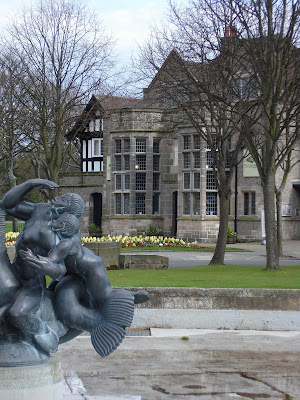 The water fountain that rarely has water in it!! 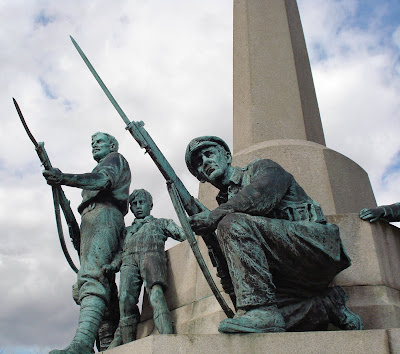 Part of the War Memorial. Yet another giant monument to all those Port Sunlight men who lost their lives in the the two World Wars. 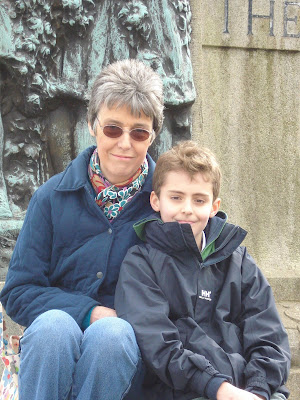 Mum and Samuel pose for a picture while waiting for Auntie Irene. 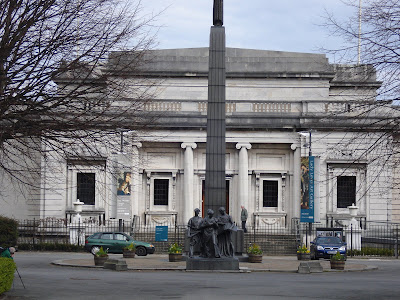 The Lady Lever Art Gallery opened in 1922. "William Hesketh Lever established the gallery to enrich the cultural and educational aspects of the lives of his workforce and the public at large."