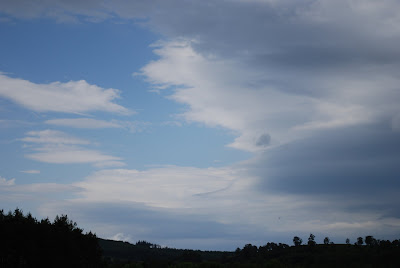 Saturday was an early rise as Samuel had kayaking at Knockando again at 9.30. While he and the others braved the cold water of the Spey I went for an wander along the Speyside Way snapping at a few things while I went. It was sooooo quiet. After the noise of work last week it was lovely to be just me and the dog. The sky didn't look too inviting with grey clouds coming over but it stayed dry. 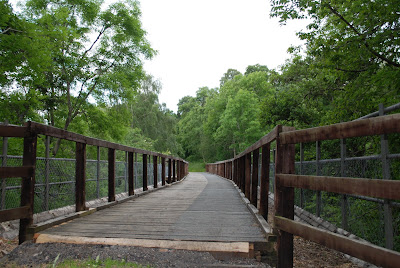 I walked over this bridge and trying to get better shots of things I bent down and took the shot through the bars of the gate. It's amazing how different things look from an unusual angle. 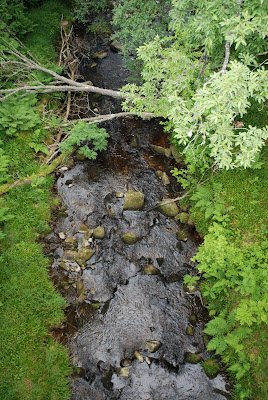 Half way along the bridge is a little view point but with all the leaves on the trees just now you couldn't see much so I took a shot looking down. 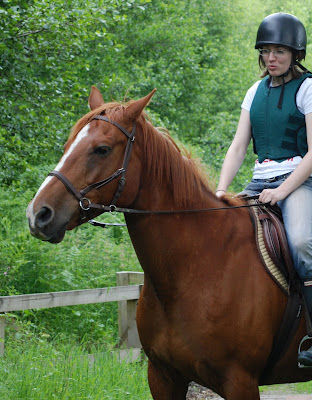 Remembering the rule of asking people if you can take their photo I stopped this lady on her horse and asked if she would mind me taking her picture as I was doing a project on photography. She very kindly said yes. The horse, who's name escapes me, was very good too. 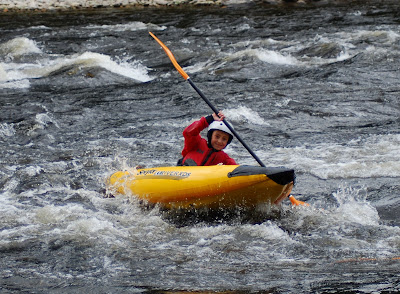 Meanwhile Samuel was riding the rapids in his canoe/boat (whatever they call them nowadays!!). He makes it look so easy and certainly has no fear of the water anymore. 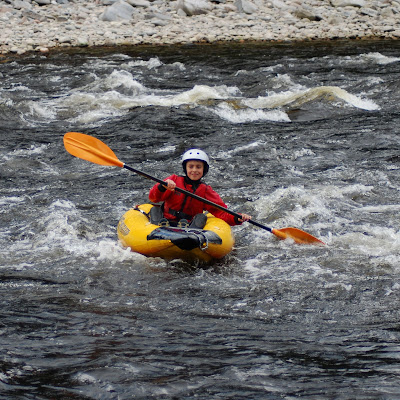 He even had time to smile for the camera!! Show off :) 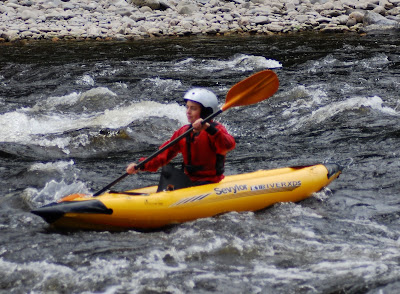 He was having a great time and every time he got to the bottom he took himself back up to the top. 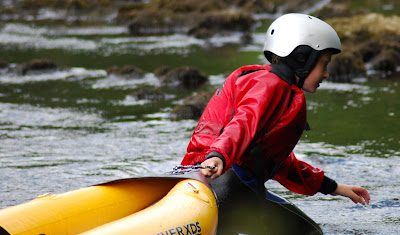 Here he is after they had finished and got changed. He thought it was time he introduced himself the neighbours. These chickens aren't daft...they know exactly where the sandwiches are and will even get in your car if they get a chance. They are also decidedly slow at escaping the clutches of several children who want to pick them up!! 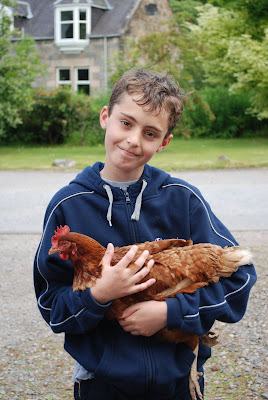 In the afternoon it was chill out time in the garden as it was so hot. 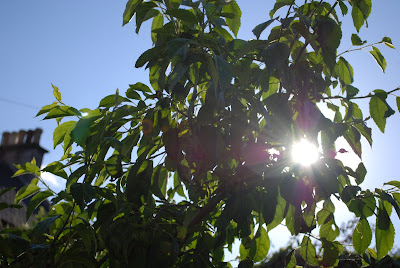 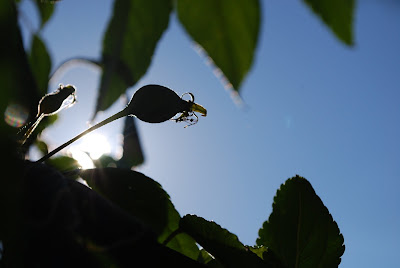 A few snapshots through the apple tree and a quick picture of a local resident and it was time to relax with a cold drink and my scrapbooking magazines....bliss. 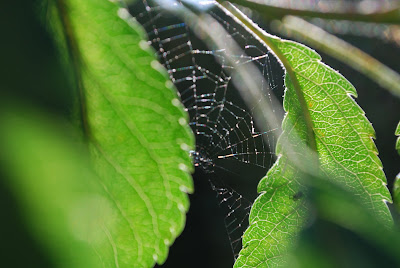 I spent the morning doing the ironing followed by a bacon buttie for lunch and a sore back all afternoon. I couldn't sit down and it to was too sore to keep standing so I ended up lying on Samuel's bed watching The Great Escape!!

I have no idea what I've done to it but it's very sore and the painkillers are making me feel spaced out so I've stopped taking them. I had the day off today as I couldn't sit down but I think I'll have to face the rush and go back tomorrow :(