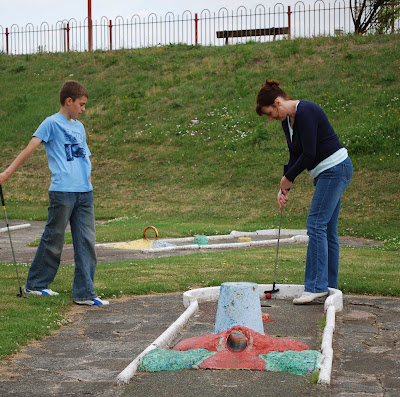 While we were down at Harrison Drive I showed Samuel where I used to go for my tennis lessons when I was about his age. It was a six week course with one lesson a week. I had new Dunlop pumps (as they made you play better) and had to walk there and back as we didn't have a car. He asked why I didn't go on my bike and I told him I didn't have one and he then asked if we had wooden bikes in my day!!! How old does he think I am? Don't answer that!!! Next to the tennis courts was the crazy golf and I have to say I don't think they've had a lick of paint in the last 30 years as they looked decidedly tatty. 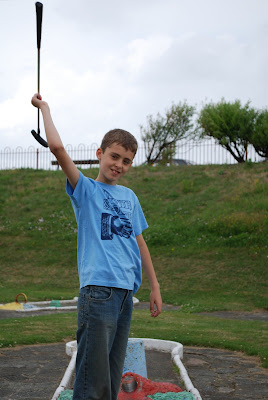 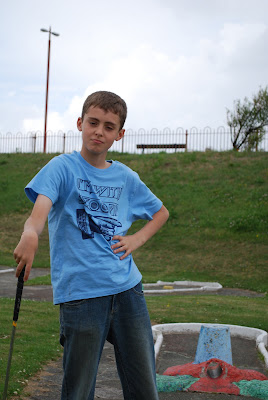 and here he is after realising that he's just been beaten by his Mum!! Only by 2 shots but still a win for me :)
We had just finished playing when the rain started but luckily for us it only lasted 5 minutes and we managed to get home without getting soaked. Later on it "Chucked" it down but we didn't care as we were home by then.