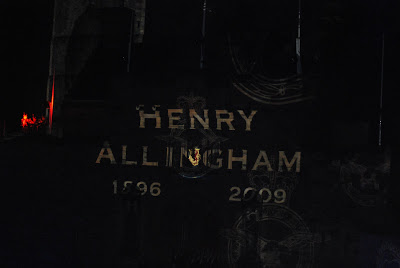 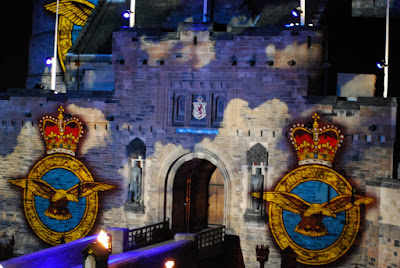 The whole purpose of going to Edinburgh was to see the Tattoo and it didn't disappoint. Little did I know, when I booked the tickets way back in December 2008, it was the turn of the Royal Air Force to head the show.
This year they had bands from Australia, New Zealand, Tonga, Cape Town, Switzerland and China plus our own home grown bands from the RAF to the Royal Scots Dragoon Guards and all those in between. 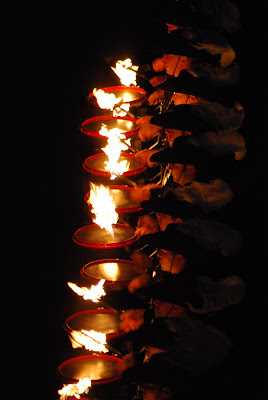 These guys were my favourite. They are the Top Secret Drums Corp from Switzerland and all have normal jobs by day but live to drum any other time. They were FANTASTIC. 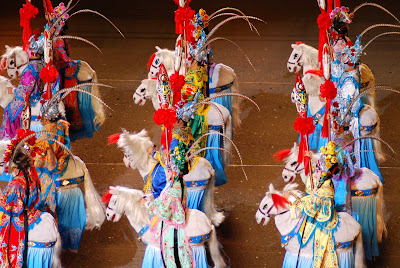 The Chinese from Edinburgh's twin city Xi'an in the Shaanxi Provence were brilliant and so colourful. These guys, who look like they are on horse back are actually on stilts. Amazing. 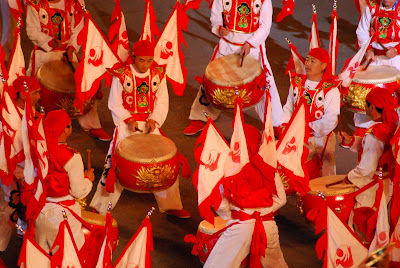 The drummers were just as good as those in the opening ceremony of the Olympics last year. 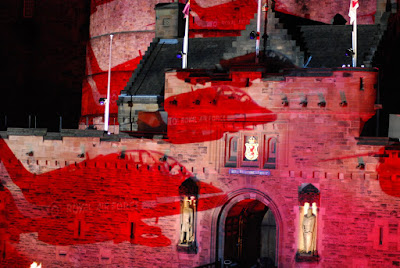 The back drop is of course the castle itself and each group performing has it's own picture. Here, obviously, are the red arrows. for me the best one was right at the end when they played the last post from the ramparts as the whole side of the castle was dedicated to Henry Allingham.
Labels: Home