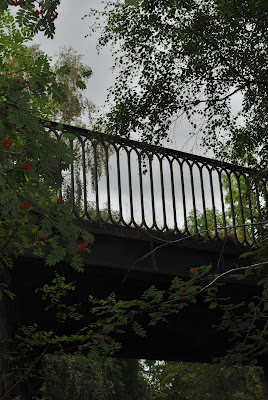 Yesterday was another kayaking Saturday. This time luckily for me, Samuel got to go in the afternoon, which meant I didn't have to get up so early!!
We met up at Knockando with the other kids from Keith swimming club and Jim from AquaplayScotland. This month Jim had decided it was time they did a river run so they got their kit together and started the 4 mile trip to Carron down the Spey.
John and I drove to Carron with the dry clothes and most importantly, the picnic. As we had 2 hours to kill we walked some of the Speyside Way
I loved this wee bridge so obviously had to stop and take a picture!! One of many from yesterday. 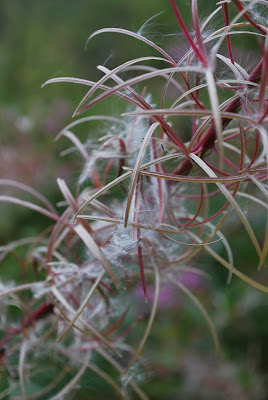 This picture is of a weed that grows all along the roadsides and paths around Fochabers and Moray. When it's in full bloom it is a raspberry pink colour but as Autumn approaches it turns to what can only be described as "Fluff". When the wind catches it it looks like it's snowing. This picture is for my sister Ruth who saw them while they were pink and thought they were really colourful. 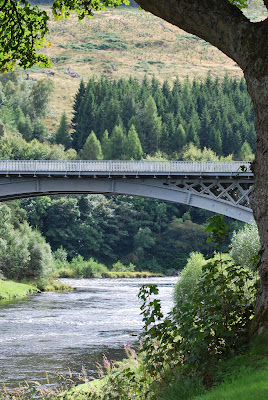 After our walk we found a little fishing house by the Spey and settled into the bench that was very kindly provided by "The Big House" up the lane!! It was so peaceful sitting by the river watching a lady fishing for Salmon while her friend sat on a rock and read her book while drinking tea. What a way to spend an afternoon in the sun. This picture is taken from the bench while we waited for Samuel and his pals to reach the bend. 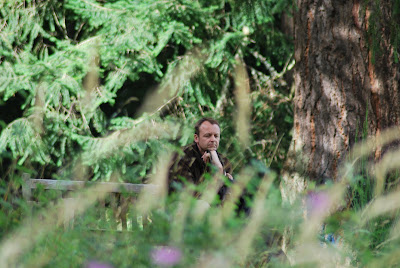 And this is John having a "Thoughtful moment" while I took some more pictures. Not sure what he's thinking about....probably the presentation he needed to do for Monday that he hadn't started as we had taken a "Time Out" yesterday to relax after a busy week at work. 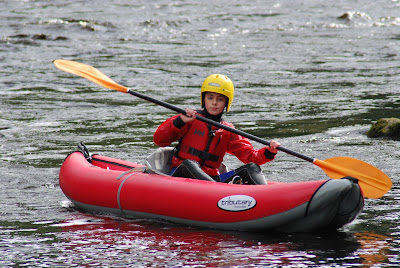 After 2 hours the kayaking team arrived at the bridge and Samuel, knowing his mother would be there with the camera, managed to pose for a photo before jumping in to join his pals. I've got him well trained!
They all did really well (with no mishaps) and they're all looking forward to the next one.
Jim wanted them all to get into one boat at the end so 8 of them got in.......but Jim then had other ideas.......... 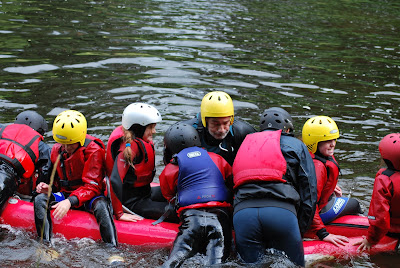 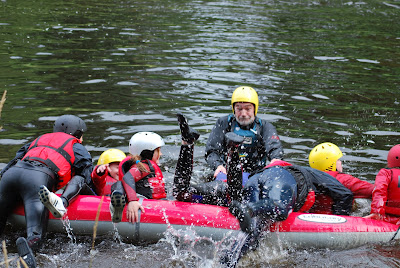 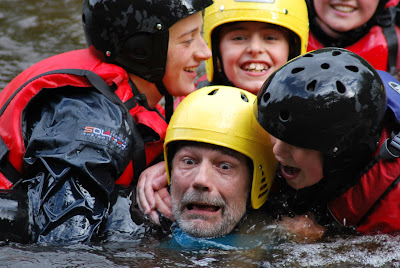