From Cath Kidston to old pistols. From climbing walls to Royal Marine rifles and from Laser Tag to Birds of Prey these are what we saw/did yesterday at Moy Field and Sports Fair. We weren't going to go this year but as John hasn't been able to get much time off these summer holidays we decided to take Samuel out for the day. He loves Moy (well mainly Laser Tag) and as we managed to meet up with friends he had two more boys to play with.

:: I loved the Cath Kidston bags but there was no way I was paying those prices for a bag!!!! I might make one instead :) 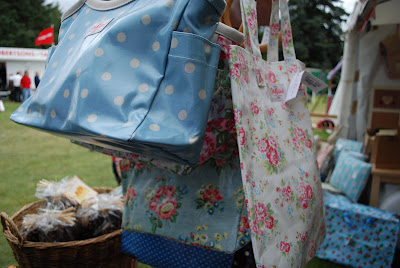 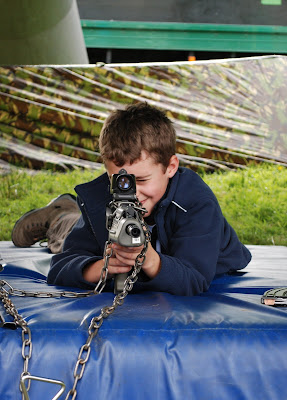 :: Samuel loved the Royal Marines stand and had a great time trying on their packs, throwing grenades and getting to grips with the guns!! 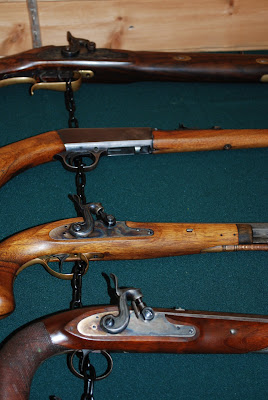 :: This year at the BASC stand they had a display of old pistols and rifles. It's amazing to see the old ones but sad to think that people still feel the need to use them!!! 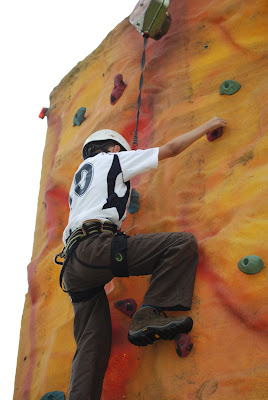 :: The climbing wall this year was a big success with all 3 boys managing to get to the top. Young Chris even managed to to get over the overhang, much to the disgust of his older brother!! 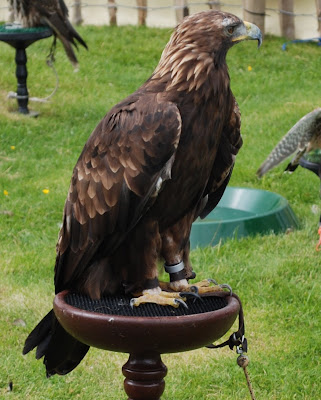 :: The birds of prey were back again this year but we missed the flying display as we were watch the Gun Dog scurry instead where our friend and his dog Timber won the "Three Bird Pickup". 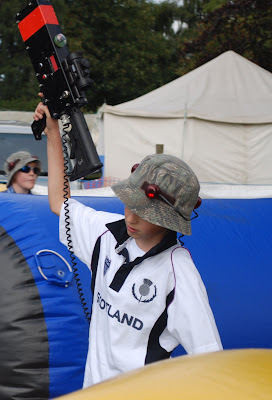 :: The highlight for all three boys was the Laser Tag. They had great fun running about shooting each other and trying to get the lights on each other hats to light up :) This is Samuel after being shot and having to wait to be unlocked!! Doesn't look very happy does he?
I wonder if he'll still want to do this next year after being at High school for 12 months?
Labels: Home