Off to High School 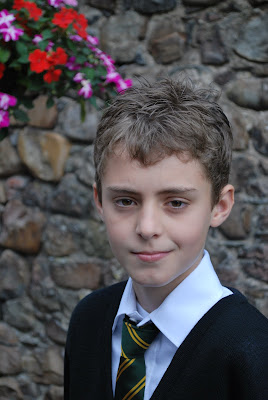 It was Samuel's first day at High School today and, although he wouldn't admit it, he was a little bit nervous. He wasn't too keen on the tie but the new Headteacher asked the kids what they wanted as a new school uniform and they picked shirt and tie........so tie it is!!
He got his Dad to tie it so he can then take it off over his head! John wanted the top button fastened and the tie up to the top but Samuel told him off for "making him look like a geek!!" 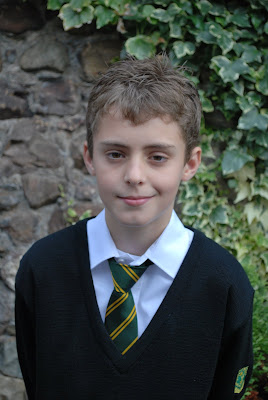 He trogged off this morning to meet his pals without looking back so I'm obviously obsolete now!!

He's now home and said it was "So much cooler than Primary" so I take that to mean he had a good day :)
Labels: Home