A trip to Baxters 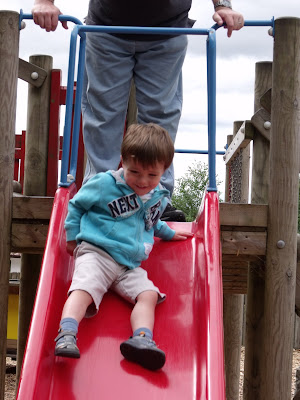 No summer holiday is complete without a trip to Baxters for a pancake. So on Sunday we got there for breakfast and the cafe was almost empty. Unfortunately they no longer do the pancakes with bacon and maple syrup (much to my disgust) but the butter and jam one was just as nice. It was another gorgeous day so the boys went out in the playpark and Harry had a go on the slide. Once he'd been down once there was no stopping him and he was up and down like a fiddlers elbow!! 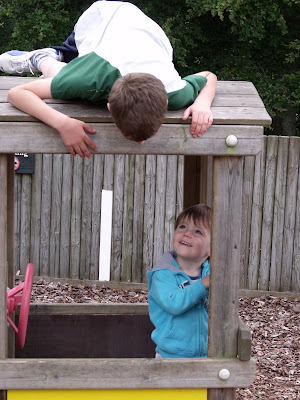 Samuel like the idea of supervising as it means he gets to play as well!! 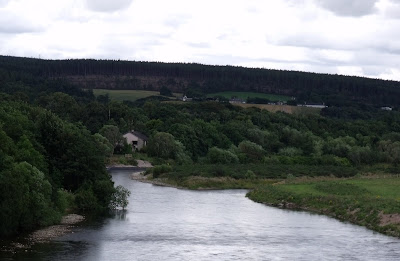 Unfortunately the weather changed on the way home and the clouds came over all too quickly. 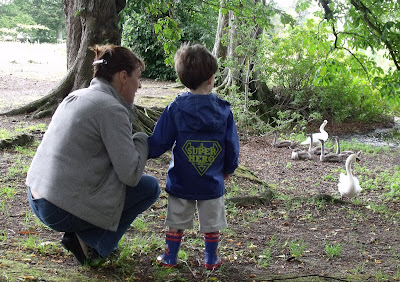 Later on in the afternoon Ruth and I took Harry to see the swans. He was very good and didn't go to near which was just as well as Mr Swan made his way towards us in a "Where do you think you're going?" kind of way!!
Labels: Home