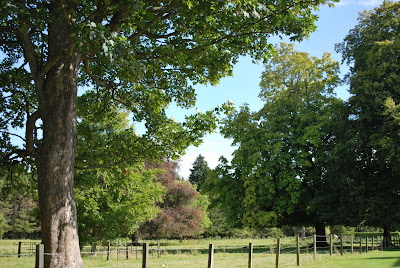 What a difference a few days make. Today we have sunshine and blue skies while just 3 days ago we had grey skies and floods. If it wasn't for the debris around the village you wouldn't even know there was anything wrong. Making the most of the nice weather we took Moss for a bath in the local pond. He really is a smelly dog at the moment but as he chose to stay in as it was raining what do we expect? Anyway he's now much sweeter smelling after retrieving a few sticks from the pond.

The swan family came over to say hello but I have a feeling it was just to see if we had bought any nibbles with us!! That's what we call "cupboard love" in our house. (Don't really want to see you but will go anyway just in case you bought something to eat!!!!) 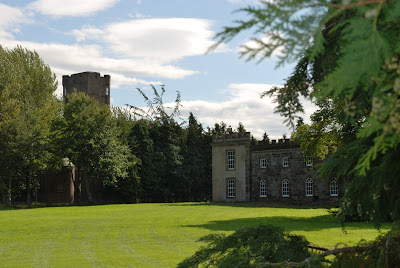 After the pond we took a walk around the neighbours house!! For those of you who are new to checking in at Life at the Gables (thank you so much) we live just around the corner from the Gordon Lennox estate. The Gordon Lennox's are related to royalty somewhere down the line but don't ask me where!!!!! Anyway the pond is on their land and you can walk around that and onto the lanes at the back, past their house. Sounds very nice but we would have had a bypass in Fochabers by now if they hadn't contested the route.....but that's for a whole other post :) 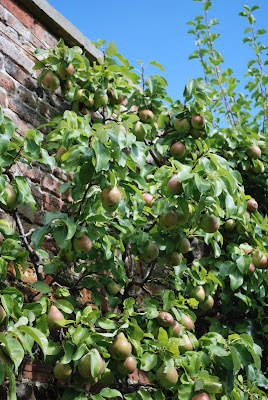 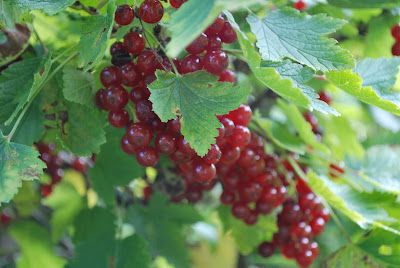 Walking home from "scrumping" we went past a field of wheat. I told Samuel and his pal that some kids in cities don't realise where wheat comes from. That they think it all comes from a supermarket. The boys laughed and thought I was joking and I realised how sad it is that some kids don't ever get out to the country (that we take for granted living here) and possibly never will. 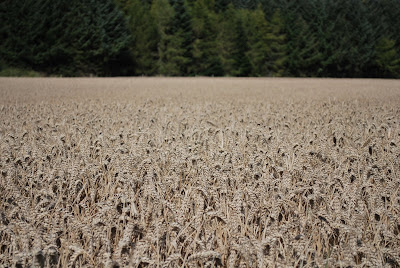 Samuel picked some wheat and John rolled it in his hands to release the seeds which the boys then ate. Amazing in itself as Samuel never eats anything new. Smartie points for trying. 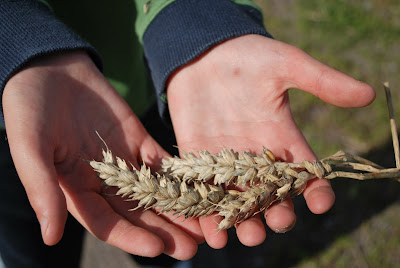 Don't you think it's the small things in life we should be grateful for? Not the new car or the up-to-date TV but the fact that we can walk around us and look at what's on offer for free! Even if it is investigating a manky old trough full of algae!! Boys!!! 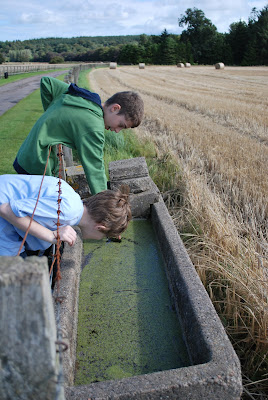