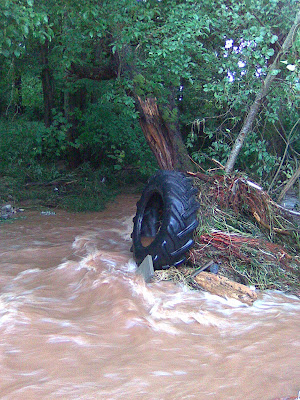 It has rained here for the past day and a half. It seemed to be never ending and was so loud on the roof in the porch at one point the dog had to sleep in the kitchen!!!!! (unheard of)
We got up this morning to water running down the high street and a text from my friend to say that there had been a major flood and to check to see if the school was open. 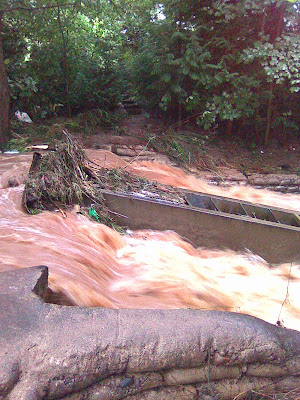 The Burn had burst it's banks last night and in the early hours of the morning residents were moved to a local hotel (some by boat) to stay for the rest of the night as their homes were flooded. Local lads who were in the pub at about 11pm last night volunteered to fill sandbags as the council wouldn't do it as they said the clean up job was "too big". Well done lads. They finished at 6am this morning!!
As you can just see from these pictures the water is still flowing fast this afternoon. This morning it was so bad it washed a bridge away and part of someones house. The destruction is incredible. Hard to imagine one small burn causing so much devastation. 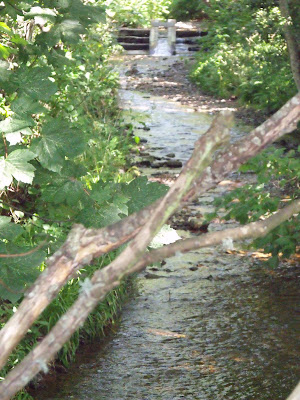 This picture is the Salmon ladder in summer (Aug 09) and the one underneath is the same ladder this afternoon (Sep 09). 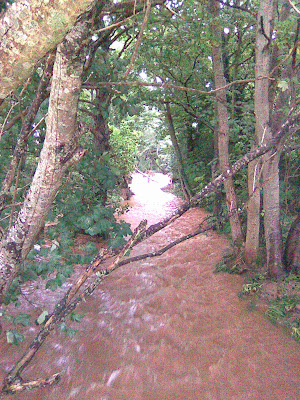