What a laugh we had this weekend making our own sausages :)
John decided some time ago that he'd like to have a go at making his own and after we added a huge amount of venison mince to our freezer earlier this year we thought we'd give it a bash.
One huge box and a strange looking contraption later and we're ready for the off. 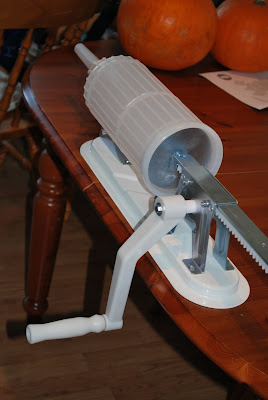 Out comes the mince, rusk and spices and John gets to work. While he and Samuel are happy playing butchers I pop upstairs to strip the beds. Five minutes later my presence is requested back in the kitchen. Apparently it's not as easy as it looks!! 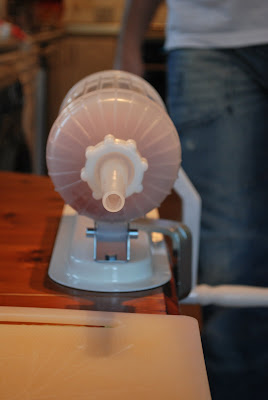 Turns out that it's quite difficult to turn the handle so John has to do that, I have to catch the sausage when it comes out and poor Samuel has to sit on the end of the table to weight it down!!! All 5 stone of him (which is about 70lbs) :) 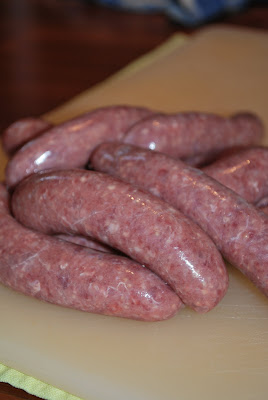 And ta da..........the finished product. Venison sausages and venison, chilli and apple sausages all stored away for another day. With the left over mince we made meatballs too. 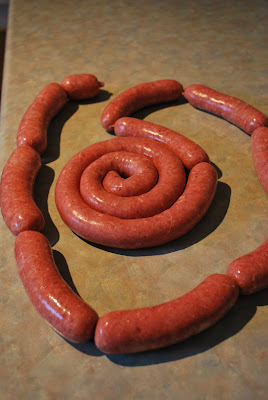 Obviously it all comes out in one long skin so here's John effort at making them into individual and Cumberland sausages. Didn't he do well? Very professional looking and delicious tasting too.
Labels: Home