Brodie Castle in the snow 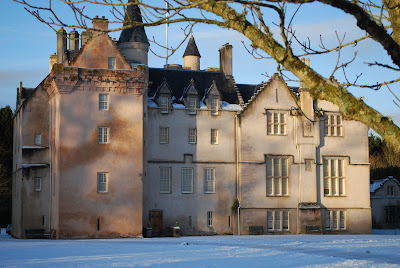 A trip to Brodie is always on the cards when it snows and as it hadn't snowed for a few days and the roads were clear we headed off about lunch time. 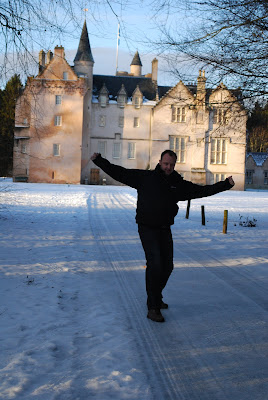 As you can see the lanes at the castle were a little icy, as demonstrated by two boys (one of almost 13 and one of almost 45!!) 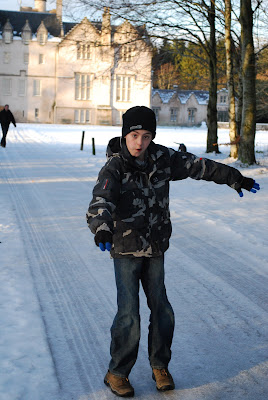 Samuel had a great time but for some strange reason insisted on pulling silly faces!! Is it just a boy think and will he outgrow it? 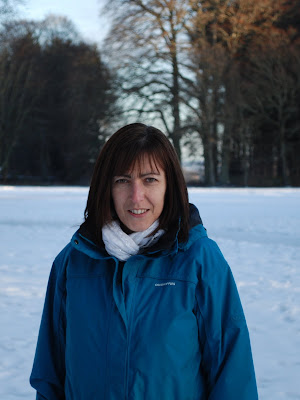 I managed to get in on the act too, only I look like the Michelin man as I had my body warmer on under my coat. Still at least it wasn't as cold as it was last December when we took Harry to see the ducks! 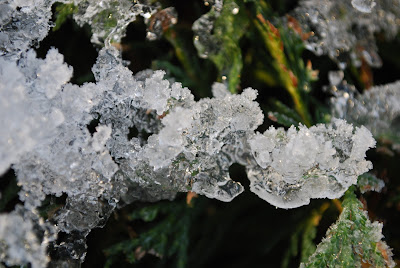 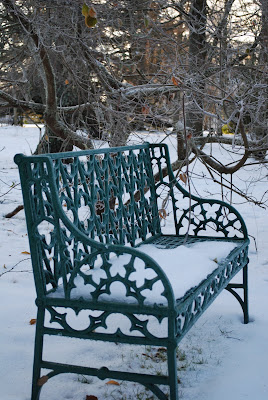 A very chilly looking seat (where I do believe, one summer, Ruth and I sat and ate chocolate. Well why not?). Not warm enough for that today though.
A shot of the Castle from the gardens (just for Sherry). 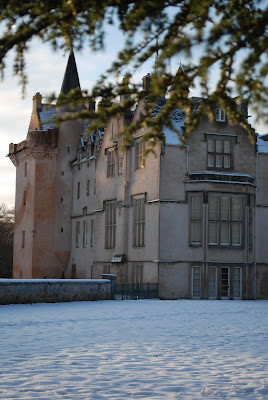 Some very frosty fence spikes. I love the way ice forms to make it look all spiky like a caterpillar. 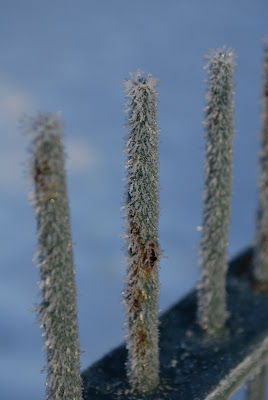 And finally my shot of the day. The sun was just behind the trees on the way back to the car so I couldn't miss the chance to try a flare shot. It turned out really well and I love it. 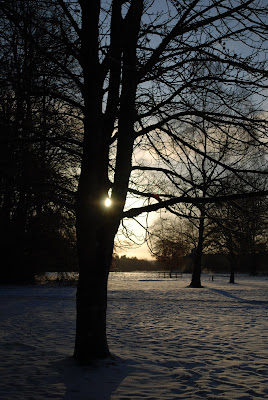 As we were already out Forres way we popped into the Old Mill hotel in Brodie which is owned by a friend of ours. The fire was lit and the there was an empty table next to it so it would have been rude not to have stayed for something to eat. The meal was lovely and we soon warmed up. The trip home wouldn't have been too bad had it not started to snow just as we got back into Forres and had all the traffic not suddenly slowed down to almost stop (in some cases). It's still snowing now and looks lovely but so far I haven't seen a gritting lorry and the roads are still white. Best place to be? In doors doing some crafting/blogging :0)
Labels: Home