A hunting we will go 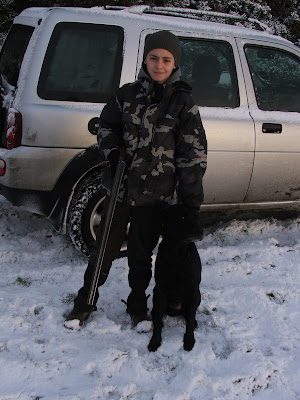 Yesterday morning the boys decided to go shooting up at our friend's farm just a few miles away. Samuel took his own gun and John tagged along to supervise! They only saw one pheasant and a few pigeons and didn't manage to shoot anything. Samuel once again tells me that he "skiffed" a few, which for the uninitiated means he just missed :0). 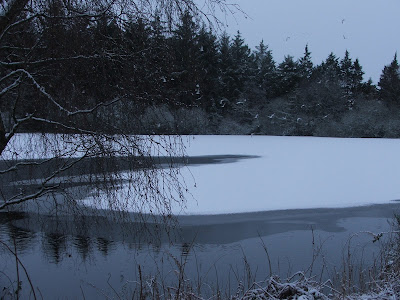 They came home via Loch Oire and John being well trained stopped to take a few pictures. 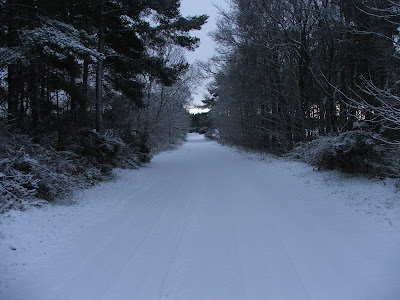 He said they were the first people on the lane and as you can see 4 miles from us they'd had slightly more snow.
It was -5c on the way home tonight and more snow/sleet if forecast. Luckily it's the last day of term tomorrow so it can snow all it wants after that.
Labels: Home