How did that happen?

When I woke up this morning I realised that the day had arrived!! I woke to being the Mother of a teenager!! How did that happen? It was only yesterday we were bringing him home from hospital and I was worrying about what we were supposed to do with him once we got him home. Mind you I still wonder what to do with him most days so nothing has changed there.

Here he is, 13 years ago today and only a few hours old. This is my favourite picture. As soon as we unfolded his blanket he stretched out and he still sleeps like that now. 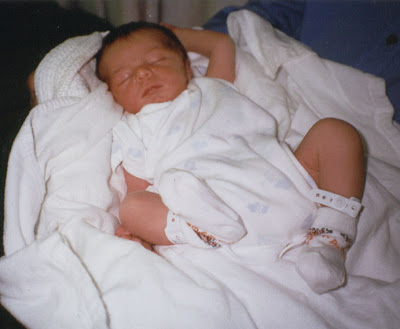 And here he is today. Looking very grown up and very fed up with me sticking a camera in his face every five minutes!! 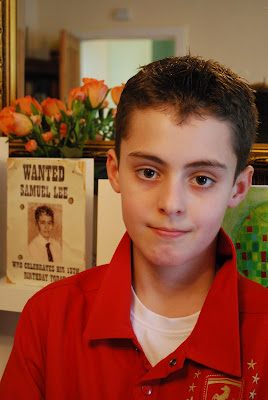 We took him and his pals bowling this afternoon and Samuel just had to wear the Ferrari t-shirt he got for Christmas, which John bought in Italy last year. It's his favourite (at the moment) and if he's anything like a true teenager I'll either have to prise it off him or I'll find it on the floor in his room before it gets anywhere near the wash basket!! 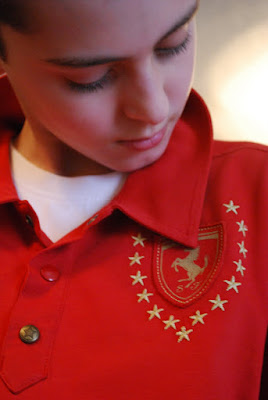 After bowling the rest of the afternoon was spent on the X-Box and then once his pals had gone home it we sat down to a lovely roast dinner. Obviously made by John as I don't cook!! 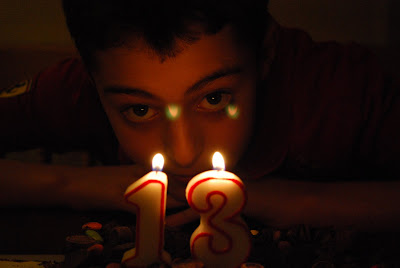 No Birthday, no matter how old you are, is complete without a cake and this year Samuel picked a chocolate one covered in Smarties, Rolos and Munchies (a lad after my own heart!).

I'm now looking forward to the next stage - the Teenage Years - I hope I can cope as I'm so not ready for them. Can you see my grey hair already? I'm having it disguised next week as I really don't want that much grey on public display!!