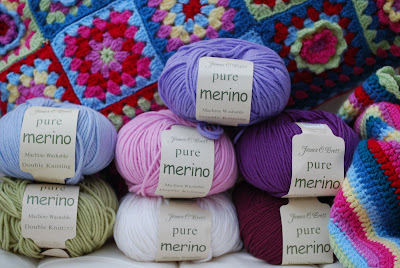 Last year I bought some gorgeously soft and snugly Merino wool and started my first ever blanket (Afghan). I wasn't really sure what it would look like or how big it would be. Taking a few hints from the extremely talented Lucy at Attic24 I opted for smaller squares. She'd done a lovely Summer Granny Square blanket and I hoped mine would turn out as good. 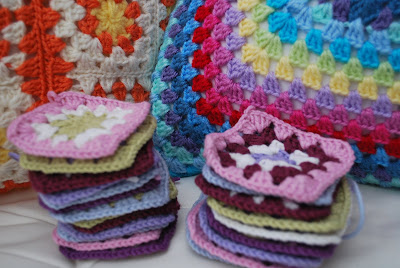 I quickly had piles of squares all waiting to be stitched together. 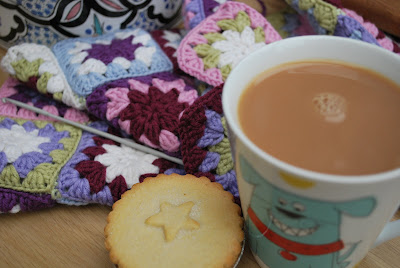 Even with stopping for a cuppa and an early mince pie!!

Soon the rows were appearing faster than I could make the squares!! But with that came the feeling that I didn't "really like it". What to do?

Frogging was the only answer and soon all the squares were ripped ("Rib it", get it? - Frogged! took me a while!!) back and I made them into bigger squares of 4. 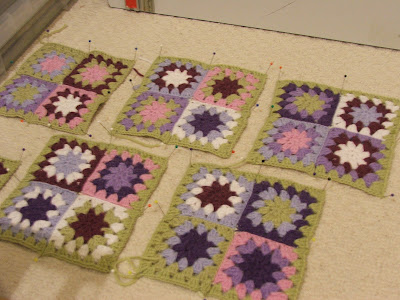 I had my first go at "Blocking" them and they seemed to look better all ready. 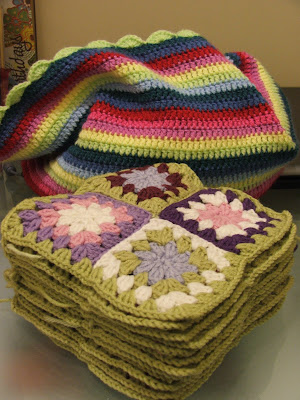 It got the point then, that I had a lot of bigger squares and was not looking forward to sewing them all together. Popping back over to Attic24 I found Lucy's tutorial on how to "join as you go". That was that. I soon had all the squares joined together in a what was fast becoming something that resembled a blanket!
I worked out that I would need 25 bigger squares before I could start the border. It wouldn't be enough to cover the bed completely but would be big enough without having to buy more wool. 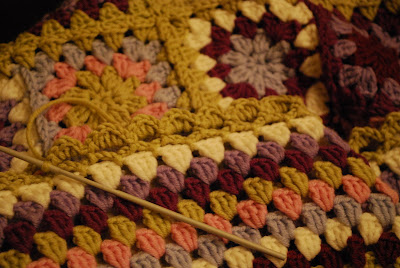 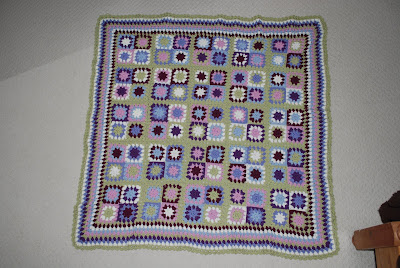 Not a particularly good picture but the best I could get on a grey day! It looks better once it's on the bed :0)
So........... I bought the wool in July 2009. Started the squares in August. Changed my mind in November. Cracked on with it in January 2010 and finished it in February. Not bad for 6 months work.
I'm really pleased that it's finished as it did become a labour of love towards the end but the finished blanket is now where it should be, keeping us warm on these chilly nights. 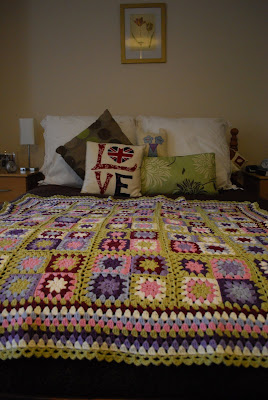