It's been what' is commonly known in these parts' as a "dreich" day. Overcast, miserable, damp and grey!! Still it didn't stop us going out and we decided that we'd take another look at Findlater castle (pronounced Fin Latter). It was built as a fortification in 1455 and is right on the Moray Firth Coast. It must have been a hell of a place to live in the winter as there is no protection that far out. They grew them hardy in those days!!!
You can get down to have a look around but the path is steep and after all the snow and rain we've had recently it was way to muddy and slippery. We'll just have to go back in the summer!! 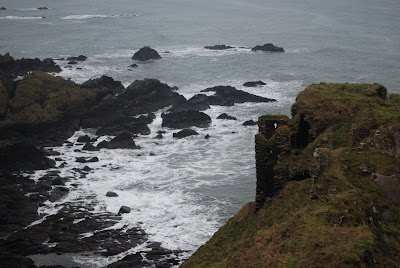 Most of the castle had long since disappeared but the bit that is left is what (as far as we can make out) the "below stairs area". As you can see the coast line is very rocky which would have been good protection from an attack from the sea. 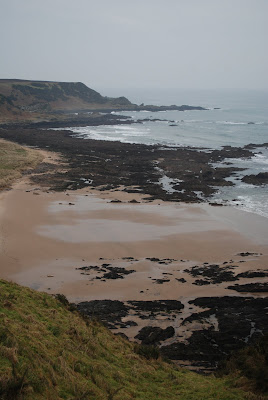 Once you get to the car park the first thing you see is the renovated Doocot (Dovecote/Pigeon shed!!) It was restored in 1992 and has perches for 700 pigeons but today sadly it was empty. Still it made a good shot for today's photo. 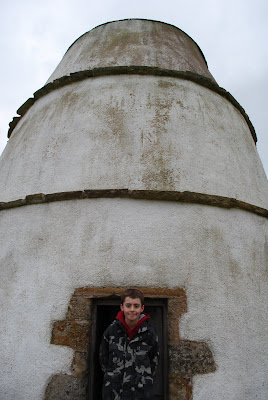 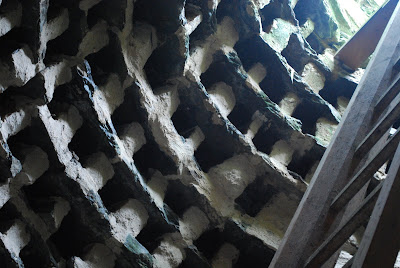 Once back and dried out if was time to crochet a bit more of my blanket and use up some raspberries in Raspberry and white chocolate muffins!!! 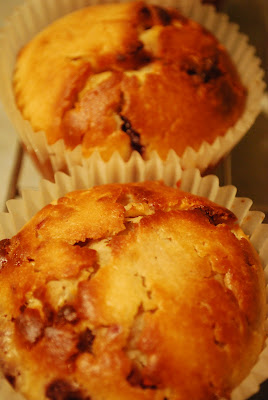