What do you do on a dreich, overcast, grey and drizzly day in Scotland? 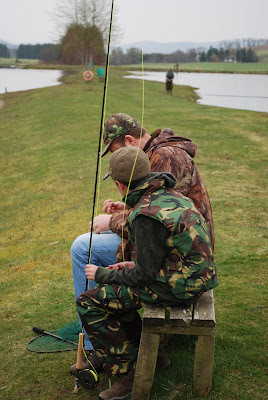 Go fishing of course!!
This morning was a bit miserable but we thought we'd brave the weather and head out for a spot of fly fishing at the local Trout Fishery in Rothes.

Samuel and John are old hands at this but I've only ever had one go and John did most of the casting!! 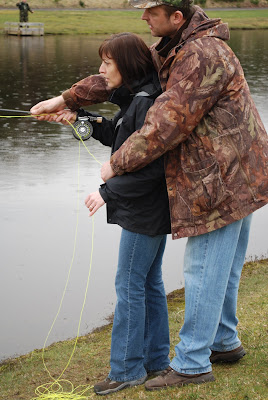 This is me trying to get the first catch of the day with little success. 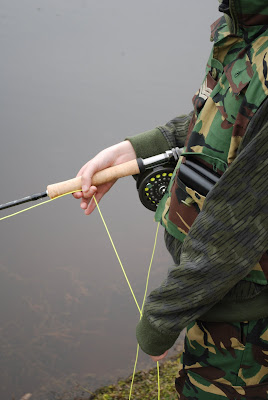 Samuel knew what to do and quickly got on with the job at hand. He's getting better each time and isn't afraid to have a go by himself without his Dad watching his every move. 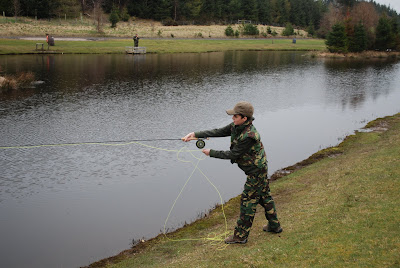 Good casting technique. A little more practice and the fish might think he's a professional 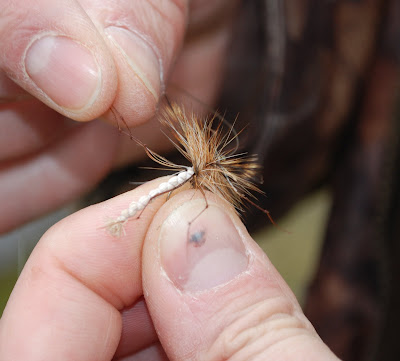 The fish weren't biting so out came the "big boys". This is a "Daddy Longlegs" and if you didn't know it was a fishing fly you could mistake it for the real thing!
The weather held out for almost 2 hours and then the heavens opened and the fish scarpered so we called it a day and came home but not before the boys landed their one and only trout of the day. (I would have had a photo but it was way too wet to get the camera out). I think next time John and Samuel are going to take rod each and have a competition to see who can catch the first fish.
Labels: Home