Kisses on a Postcard 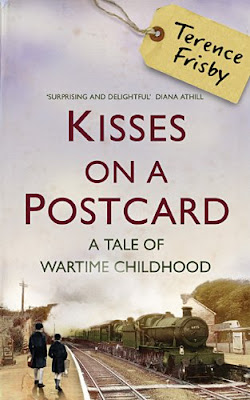 I heard the author of this book on the radio last weekend and it sounded such a good read I had to go and get it. It was really the title that intrigued me. Terry and his brother were evacuees in WWII and their mother told them that they were going on an adventure but she couldn't tell them where. She said that they would have their own secret code to tell her if they were OK once they got there. On the back of a postcard she had already addressed for them, they were to write their new address and then on the bottom they were to put kisses. One kiss was to signal that their new home was horrible and she would come and get them, two if it was all right and three if it was nice. Within hours of going to live with “Auntie Rose” and “Uncle Jack”, the two boys, aged seven and 11, sent their card covered in kisses.
Home