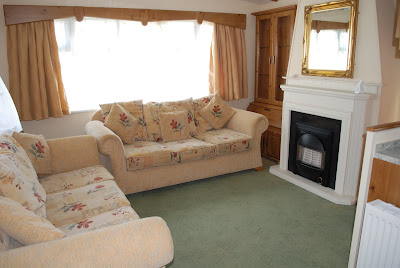 Well here I am. Back from a relaxing weekend. No computer, no digital TV, no phone just sightseeing, walks along the beach, family time and (while the boys were in the arcade) peaceful time to read and enjoy a biscuit and a cuppa. 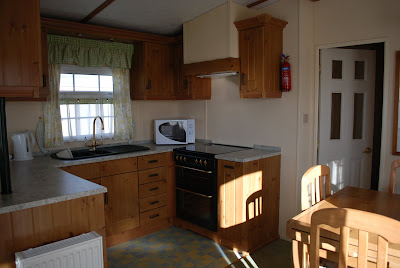 We didn't go too far, just over the bridge at Inverness and up to Embo a little village/caravan park 3 miles outside Dornoch. John managed to get a caravan (the last one) for 3 nights and surprised me and Samuel with a weekend away . It was much better than the last caravan we had there. This one was double glazed and centrally heated!!
Now Embo isn't very far from Golspie where there is a fantastic castle that looks like a French Chateau. Me being me just had to go for a look round. So on Saturday morning we headed the 10 miles up the road to Dunrobin Castle.
The good thing was we could take Moss around the woods in the grounds and then once he was back in the car we could go for a tour. It's an amazing place and has even been a school in the past. Hogwarts eat your heart out!!
Twice a day they also have a falconry display which was excellent and only spoiled by the rain!! Andy Hughes the Falconer there was really knowledgeable and could easily show the different techniques for hunting of the hawks, falcons and owls. Those birds will do anything for him...and a dead chick!!!
It was a great morning followed by a pub lunch and a quiet hours reading in the afternoon. 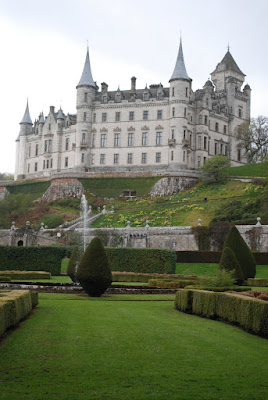 On Sunday we headed into Dornoch where there is a stunning, if very small compared to some, Cathedral. The minister from here married Madonna and Guy Ritchie back in 2000 (not that that worked out well). It doesn't look much from the outside but inside is amazing. Every window is stained glass dating back hundreds of years right up to present day. See my 365 photos for an inside view. Dornoch also has what is known as Dornoch Castle but was in fact built as the Bishops house back in the 1500s. It's been burnt down, re-built, renovated, used as a school, a jail, a hunting lodge, a Sheriff court and was finally turned into a hotel in 1947. 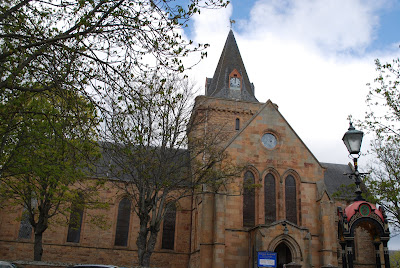 After another pub lunch (this could become a habit!!) we headed back and as the sun was shining we took Moss for a walk along the beach. It was just beautiful and despite there being a caravan park next to it there were very few people about. Moss investigated the golf course that runs alongside but didn't disturb any golfers and we were content to look for shells of which there are thousands. There were very few pebbles on the beach just patches of shells in varying sizes depending on where the tide came in.. I've never seen so many muscles & razor shells in one place before. 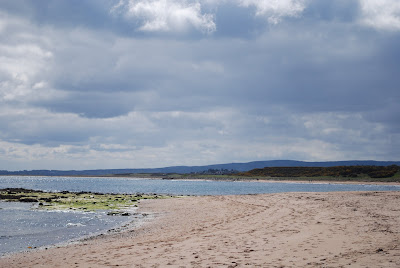 I even managed to get Samuel to take a photo of me and John otherwise another weekend away would have gone by with me behind the camera. 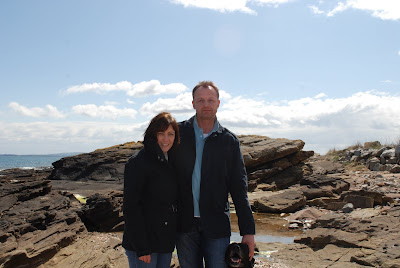 All in all a very relaxing, enjoyable weekend. It's just a shame to have to come back the housework etc and the knowledge that tomorrow is back to work :0(
Labels: Holidays, Home