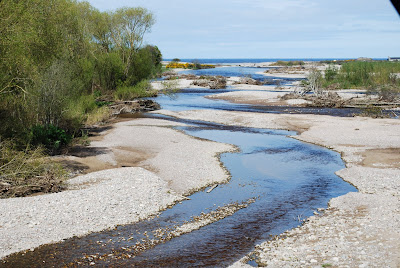 Yesterday we actually had sunshine, so in an attempt not to waste it we took a walk to Spey Bay. We did cheat a little and took the car to Garmouth and walked the last half an hour. I wasn't really feeling up to a 12 mile return trip!!
The walk from Garmouth takes you along the old railway line and over the old metal bridge. Since the floods a while back the river has changed so much that it now runs where ever it pleases!! 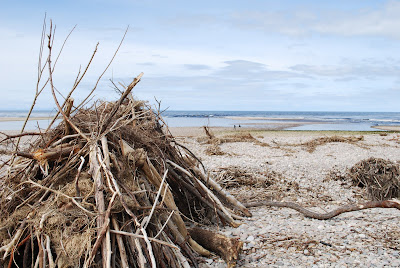 Down on the beach, which is just pebbles of varying sizes, some of the rangers had built a den out of wood found on the shore. The two blobs in the background of this photo are Samuel and his pal on their way back to investigate it. 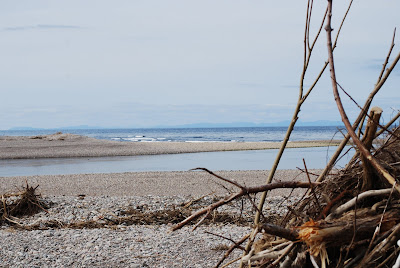 The hills in the distance in this photo are same hills we passed last weekend when we went to Dornoch. They seem such a long way off but they're only 2 hours away.
After an ice cream break we set off back to Garmouth. A much better way to spend a sunny day that staying in and doing housework :0)
Labels: Home