At last a layout 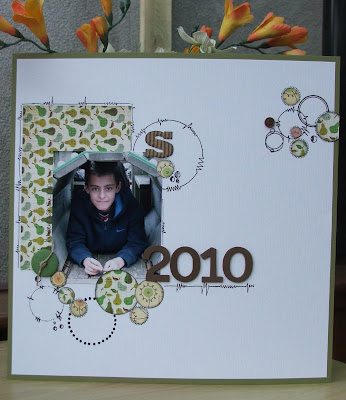 Today I actually managed to do a layout. It has to be the first one in about 5 months. I did cheat though and scraplifted a layout by Kathy Bridgewater who had hers published in the Scrapbook Inspirations Ideas Book.
It's amazing to realise that you can do a whole 12 x 12 layout without buying any new stash!! I used Cosmo Cricket and Basic Grey papers and doodled lots of circles. 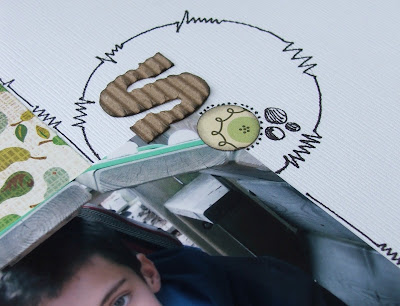 I also used a corrugated letter (which I have to admit I never thought I'd use) and the title numbers are Thickers I got from a kit last year.
The photo is one of about 3 pictures I managed to get of Samuel this summer. At 13 he's now not such a willing volunteer to have his picture taken. A bit like his Dad really!! He only had this one taken as he was with my nephew (who's 3) on a wooden train at Baxters.
I'd forgotten how much I enjoyed scrapping but have to admit I am the snail of the scrapping world. I took about 3 hours to put this lot together!!
Labels: Scrapping