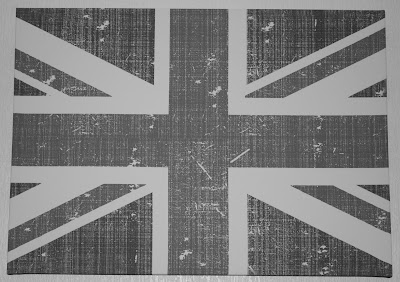 For some reason I thought I had already posted this but while I was looking for something for week 9 I found this sitting in the save now bit!!!

Self explanatory really. The Union Jack. It's actually a piece of wall art in Samuel's room. No need to put what colour it is in real life as that goes without saying!!
I know it should officially be called a Union Flag as it's only called the Union Jack when it's on the Jack Staff of a ship/boat, but it's always been called that it sounds silly to call it anything else.
Labels: 52 weeks in B+W