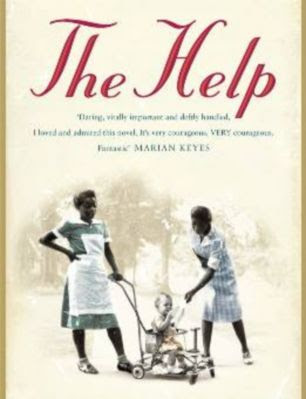 The British cover to Kathryn Stockett’s novel The Help – about the experiences of black maids in Mississippi in the early 1960s – is a period photograph of a little white girl in a pushchair flanked by two black women in starched white uniforms – the 'help’ of the book’s title.

The photograph, which was found in the National Congress archives, was deemed too controversial to be used on the American cover. The spectre of racism in the South is still raw and political correctness works overtime.

I find it amazing that something so harmless as the cover photo can cause so much hassle. This book is amazing and I love the way that Kathryn Stockett writes like the maid would have spoken. I can just imagine myself with them in their kitchen as the prepare dinner or look after the children.

I only started it yesterday and I can't put it down. I need to find out what's going to happen next and what has happened to Constantine ..............
Labels: Books