Today was the Royal Wedding of HRH Prince William and Miss Catherine Middleton at Westminster Abbey.  First to arrive was William and his best man Prince Harry.  Both looked very smart in their uniforms and I'm glad William went for his Army best as even though he works for the RAF at the moment I have to admit that the Number One uniform is very plain and not at all ceremonial.

All eyes were on Kate as she arrived, as millions of women all over the world were waiting to see what her dress looked like and I have to say it was not a disappointment.  She looked stunning. Very Grace Kelly.   Less is definitely more when it comes to wedding dresses. 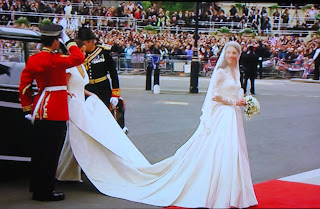 Her sister Phillipa was her chief bridesmaid and considering her sister was just about to join the most famous family in Britain she did an amazing job at holding it all together.  Mr Middleton looked, at one point, as if he was going to burst with pride as the walked down the aisle. 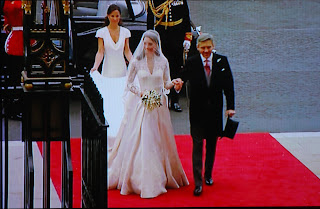 Kate on the other hand looked very calm and collected. 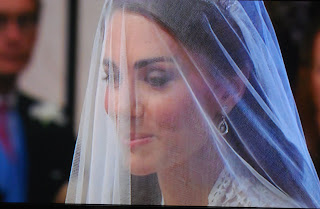 The Abbey looked amazing and the trees were brought in on the request of the bride. 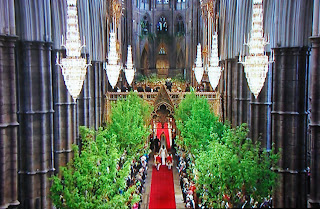 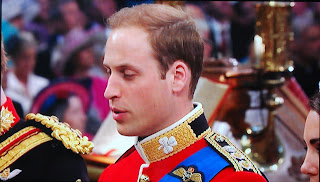 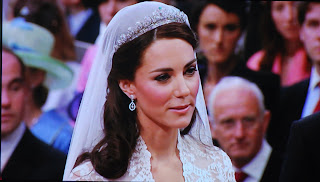 It was "I now pronounce you Husband and Wife".  Kate gave a little smile when she heard the crowd cheering outside. 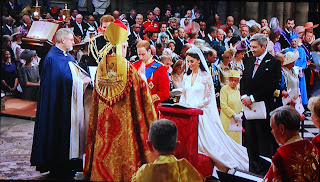 Ladies and Gentlemen.  Their Highness's the Duke and Duchess of Cambridge. 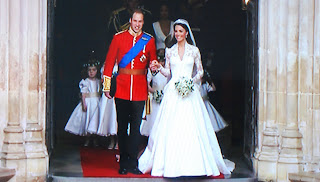 The weather held enough for the trip back to Buckingham Palace to be in the open topped carriage.  It would have been a real shame if the forecast rain had appeared and they'd have had to go back in the glass coach. 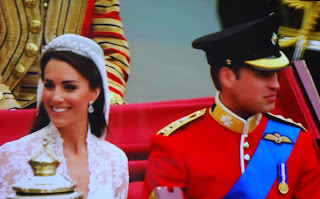 After going inside Buckingham Palace to have their official photos taken it was time for the happy couple to greet the crowd from the balcony.  No royal Wedding is complete without the kiss and William and Kate didn't disappoint the millions who had flocked to the Mall. 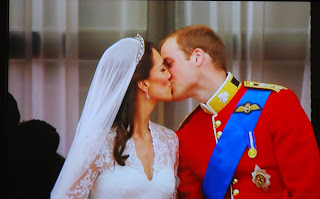 It was a fabulous occasion and just what the country needed.  I know there are some out there who thought it was all a waste of time and money and some who think we don't need a Royal Family and they are entitled to their opinion just like I am entitled to say it was an amazing day and I loved all the Pomp and Ceremony.

Oh and you just have to love digital cameras.  Why wait for the official photos when you can get your own by photographing the TV.
Labels: Royal Wedding