Well that's another two weeks that have just flown by.  Not the most interesting weeks this year but I was still able to fill the two pages in my album, which I have to say is a lovely lime green D-ring cloth album by American Crafts I bought over at Sarah's Cards.

So the first week was work, planting some bedding plants, keeping and eye on Mrs Coal Tit sitting on her 9 eggs and tying to get my crochet to go together without too many holes!! 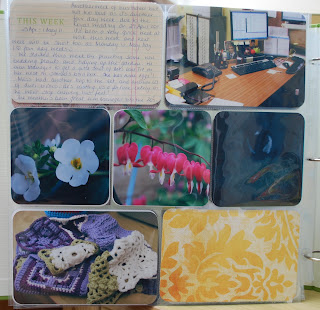 Followed by the Royal Wedding and some lovely weather which was hot enough to sit out in the garden and play scrabble. 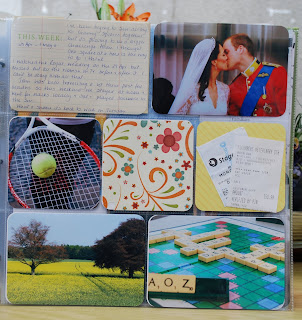 Week 2 started with the news about Bin Laden.  Enough said on that subject.  Then there was buying a new car, watching Band of Brothers (one of the best TV shows ever made), changing my working hours and having a fish supper. 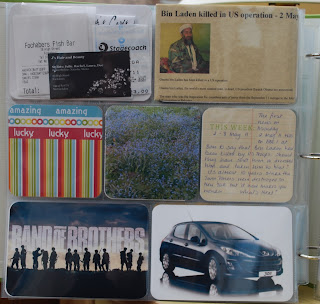 Followed by a cracking photo of the Iris by the pond which believe it or not was taken on a mobile phone!!.  Thursday meant I was voting at 07.40am before work and I was still not the first one in!! The Diet picture speaks for itself as does the one of the washing and the ironing which seems to feature every week!!! 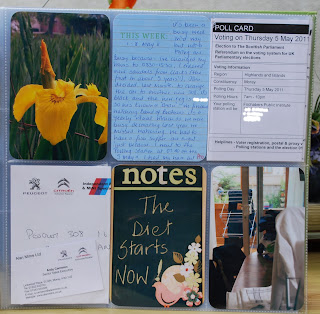 I wonder what this week will bring?
Labels: Project Life