Yesterday the school had a sponsored walk for all pupils and staff.  That roughly means that 850 of us walked the 12 miles to Lossiemouth and back.  We left school just after 9am and headed towards the old railway track.  The weather didn't look too promising but picked up as the morning went on and after about half an hour the sun was shining.
We walked past farms and fields of cows and of course Spynie Palace but apart from that there isn't a great deal to see.  The area around the Palace was once a swamp/marsh but has since been drained.  There are places though that still have a lot of water and look a little on the spooky side!! 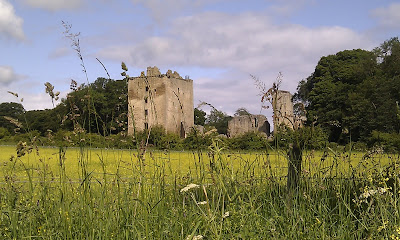 Once we reached Lossiemouth we headed for the football ground where we could rest up for an hour and have lunch.  It's the first time I've eaten my lunch at 11.15 but I was famished by the time we got there.  There were refreshments for the kids, a tuck shop and an ice-cream van, which must have made a killing as the queue was massive the whole hour we were there.  Here's me, Elaine and Sharon enjoying a wee sit down before the 6 mile walk back. 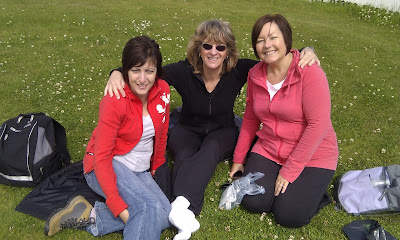 The kids were really good and apart from a few blisters there were no major problems.  I think a day out of the classroom, the lovely sunny weather and the chance to get ice cream was OK with them. 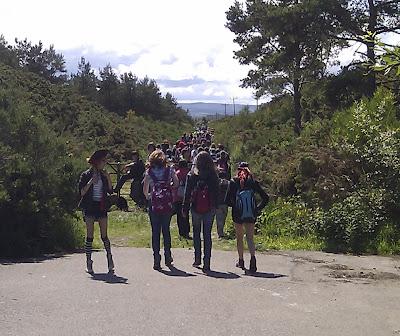 The kids who stayed behind in school made fantastic banners and bunting and had them all outside the front of the school on the finishing line.  The kids were high fiving you as you walked down the hill and there was a really good atmosphere.  I think they were pleased to be able to sit down as we had to coax a few stragglers to the school gates by the end of the day. 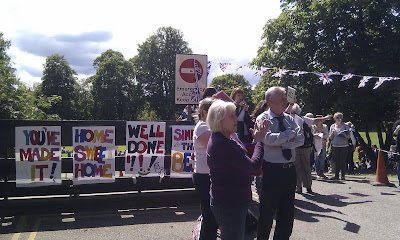 For me, Elaine and Sharon it was back to work and then later on, after a good foot soaking, it was time to put on the comfy slippers, put my feet up and watch Andy Murray playing on Center Court at Wimbledon. 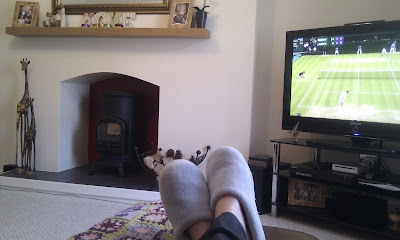