It's the end of a very busy week and the last day before I head off back to work after six weeks off for the summer holidays.  As the weather was lovely and sunny we took a trip out to a friends clay pigeon shooting range so Samuel could try out his new gun.  After shooting with Uncle A and his Dad earlier in the week he's got the shooting bug back.
The range is only a few miles away and set in a lovely wooded area. 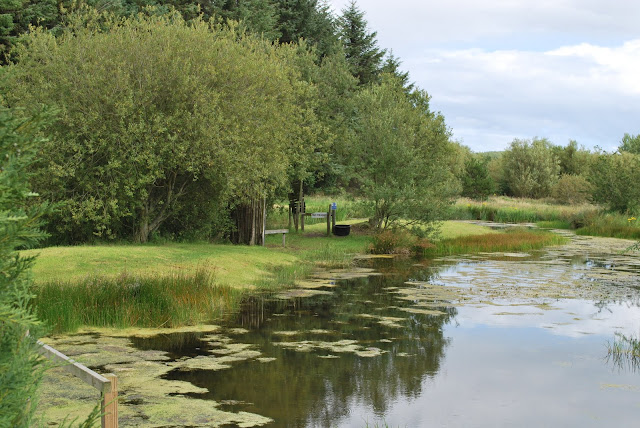 I had to hold the gun while Samuel got his ear duffs and cartridges sorted out.  Safety first of course which is why the gun is broken (open). 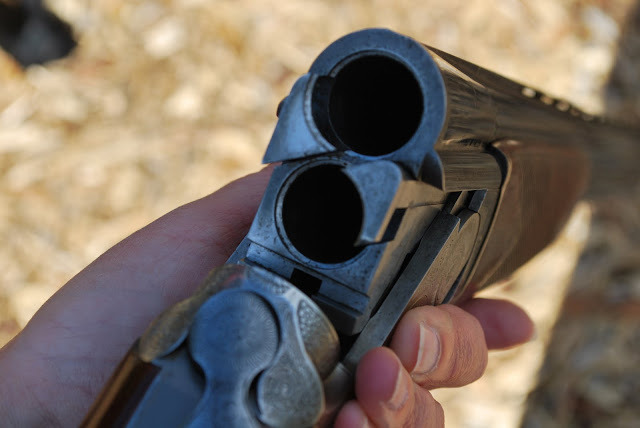 Here's the boy inspecting his new purchase.  He's swapped his old, smaller gun for the new 12 bore (with a little financial help from the bank of Mum and Dad). 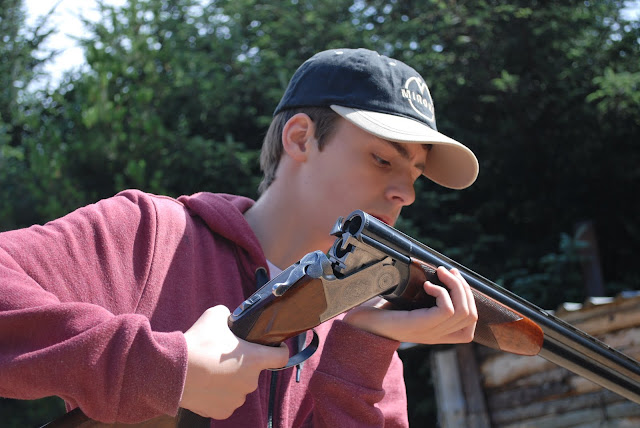 Moss of course knew something was up as soon as he heard his first Pheasant!!  He sat patiently waiting for one to fall from the sky.  He was so disappointed to find out it was clays and not the real thing.   John was in charge of sending the clays. 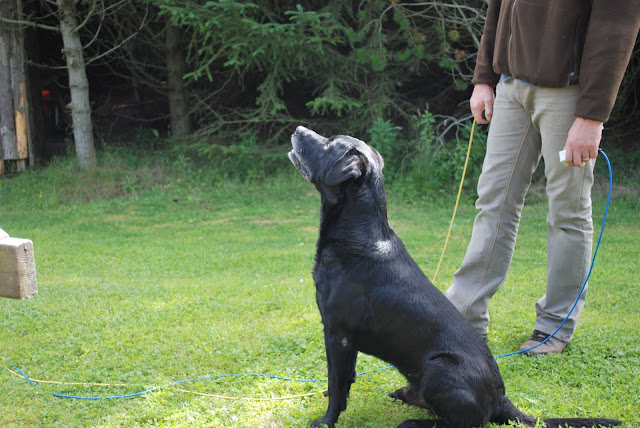 Moss got fed up waiting for a bird to drop and took himself off for a swim. 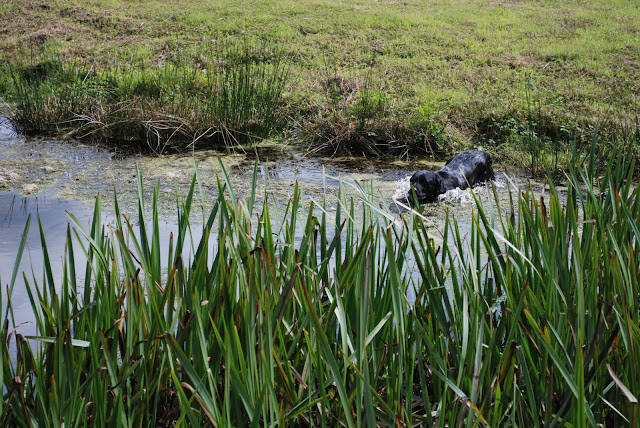 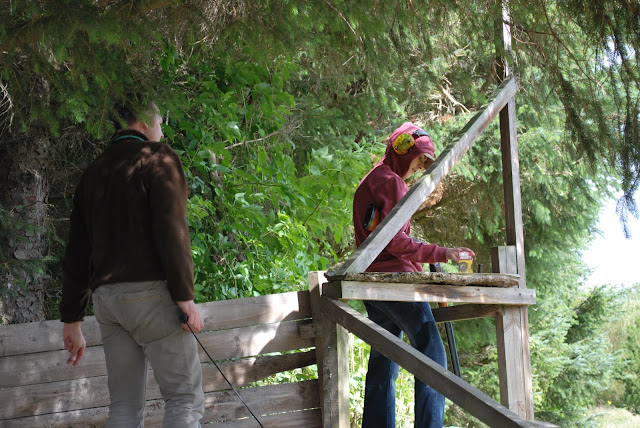 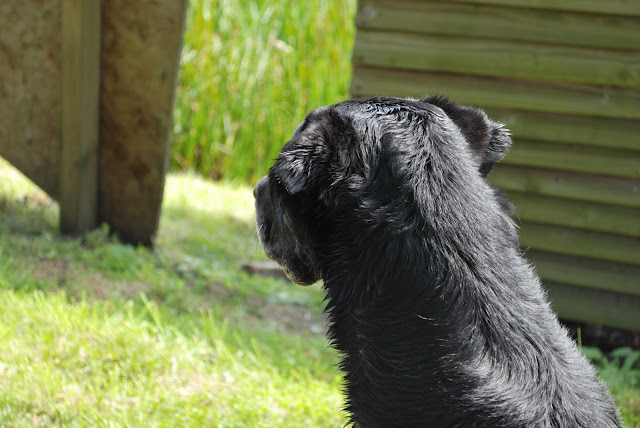 Samuel did really well on each of the stands. 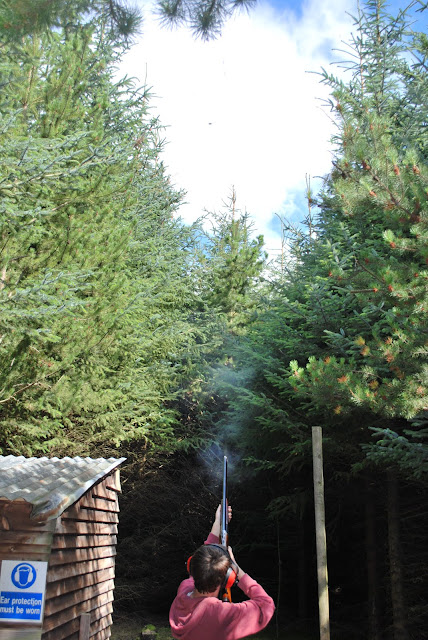 even managing to have a go at 2 clays at once. 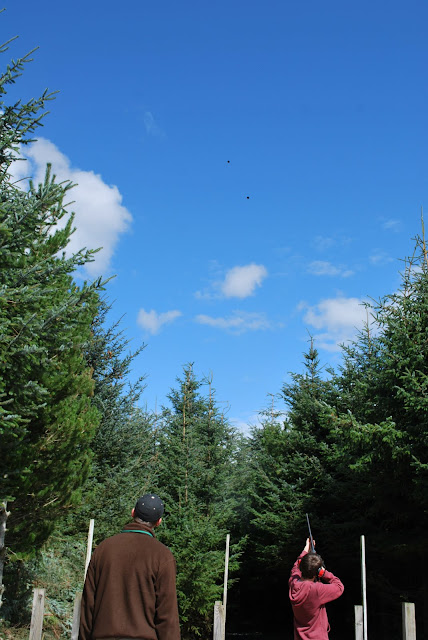 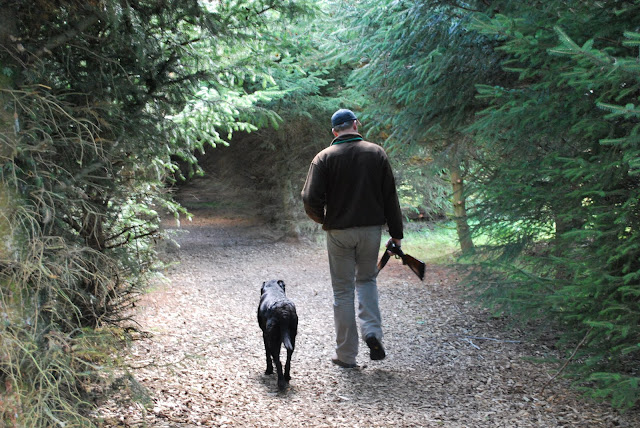 while I  (the family pack horse according to Samuel) brought up the rear!!!  Cheers.  Thanks for that son. 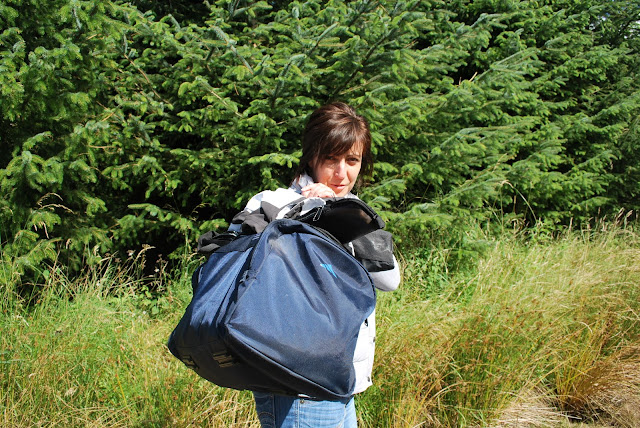 Samuel did really well and I'm very proud of him.  I can't believe how well he's doing.  He manages to get about 70% of the clays and doesn't seem to noticed the kick of the gun.....unlike his mother who hit the first clay but then knowing what was coming closed her eyes on the second!!!
Labels: Home