Call the Midwife by Jennifer Worth  This has to be the best thing on TV at the moment.  It's a definite eye-opener for those of us who have no idea what the East end of London was like in the 1950s. 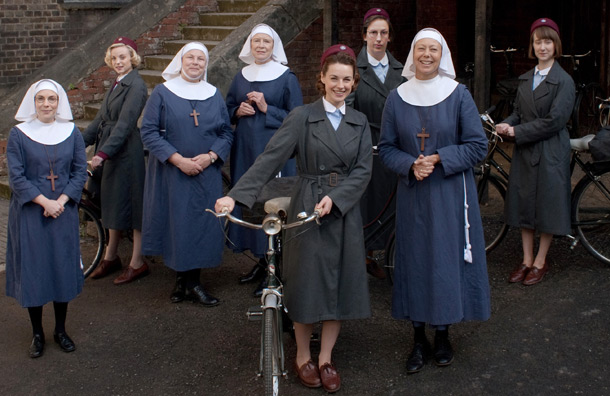 Drama set in London's East End during the 1950s, based on the memoirs of Jennifer Worth. A newly qualified midwife begins her career alongside an order of nursing nuns.

With characters ranging from mother-of-24, Spanish Conchita, to teenage Molly, whose abusive husband puts her on the game, it cannot fail to tick the "laughter" and "tears" boxes, but it's also more explicit and down-to-earth than many might expect.

The BBC has just commissioned another 8 episodes for series two so you'd have to say it's been a success so far after only two episodes.
Labels: TV