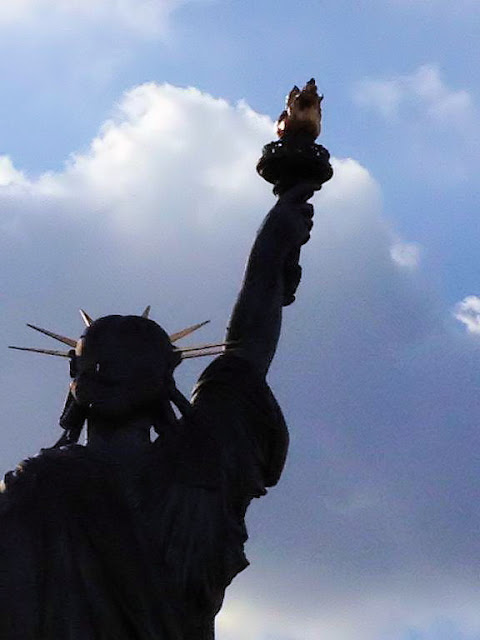 No not New York but Paris, France.

The New York Statue of Liberty was made in France in 1884 and given to the people of America in 1886.
This statue stand near the Grenelle Bridge on the Île des Cygnes, an island in the river Seine and looks towards the Atlantic Ocean and hence towards its "larger sister" in New York Harbour.

Just a little bit of trivia for today!!
Home