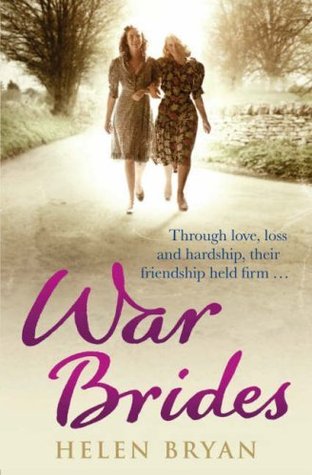 The title might make you think that this is a romance novel, but it's not; there is some romance in it, but the main focus on the story is on the friendship of 5 young women, in a small village in England in the years of WW2.

Evangeline is a belle from New Orleans who elopes with an English naval officer as a means to follow her true love to France.
Alice, who has lived in the village all her life, has been jilted by her finance and is resigned to life as a spinster. Elsie has only known a life in poverty in London's East End, but is evacuated to the village and becomes a maid for Lady Marchmont. Frances is Lady Marchmont's god daughter, who is sent to live with her after behavior causes scandal in the family. Tanni is a young Jewish bride from Austria, who doesn't know where the rest of her family is, or if they survived.

Together, they form strong bonds of friendships as they face hardship, loss and danger; and that bond is still just as strong when they meet again 50 years later.
Labels: Books