The weather this weekend has been glorious.  Or at least it's been a lot drier than last week when we had flood warnings!!

It was on with the boots and out with Moss.  John and I took him out whilst the Teenage One was still in his pit.

The trees are starting to look green again...... (they actually looked lime green in real life) 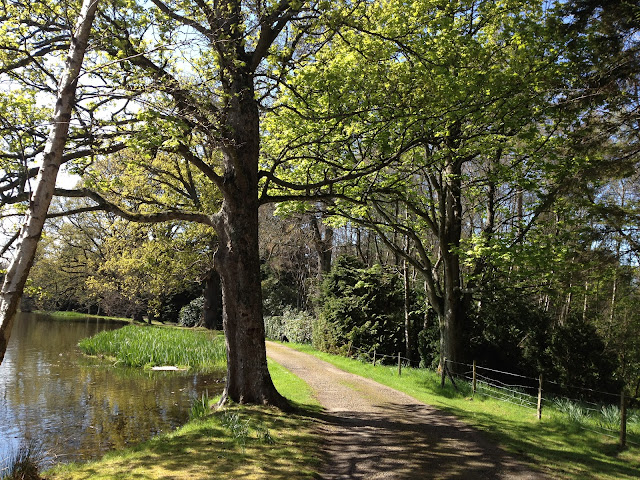 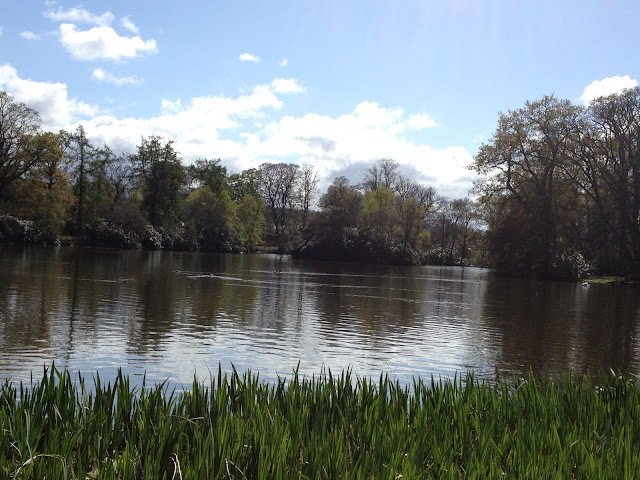 Mr Swan gave the evil eye as we went past.  Mrs Swan was safely on the nest at the other end. 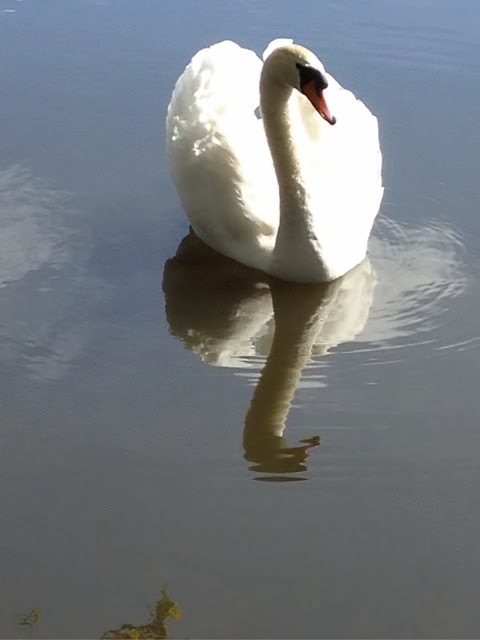 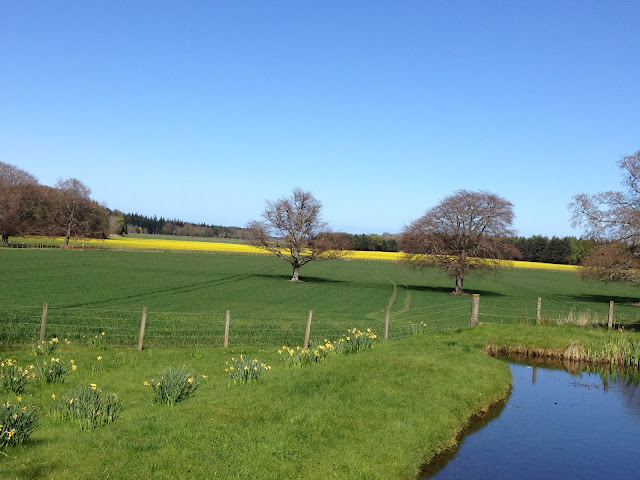 It was nice walking around the village as it's very quiet now the traffic is diverted around the back. 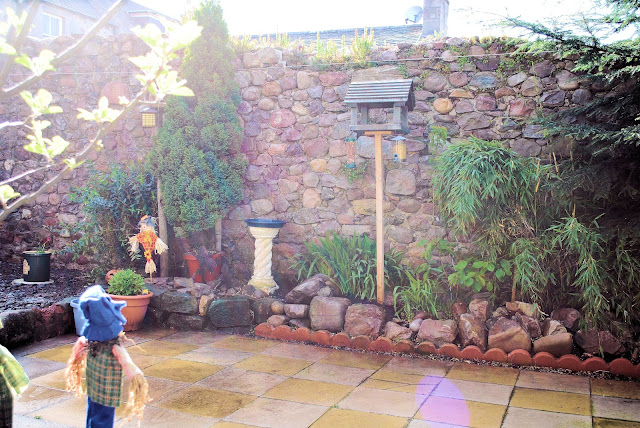 Trying to make the most of the good weather we bought some bedding plants and tidied up the garden.  I'm hoping to have a colourful garden in the next few months with Geraniums, Petunias, Pansies, Lobelia plus one called Mossy something or other which we just had to have.
My orange scarecrow is called Tattie Bogle and is from my nephew who was in his school play of the same name.

How was your weekend?
Labels: Home