A few nights ago I had an absolutely brilliant time at my first Murder, Mystery Evening.  A couple of teacher at school are getting married in the summer and this was their "Hennie" (hen night).

We set off for the Spangles Hotel where Tom Speed a talented director had been murdered the night before the "Eric Awards".  Da da daaaaahhhhhh!!!

We were all given our characters a few weeks before the night so we knew if we playing a male or female role.

I was to be Hunter Sharp - a reclusive Independent Producer/Director. 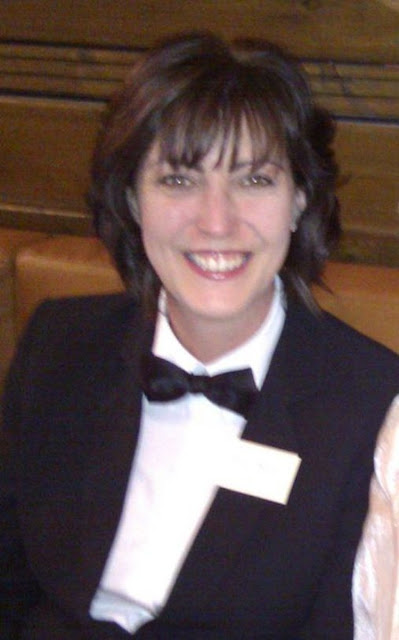 An easy costume for me as it was Black Tie for male roles and posh frocks for the ladies.

Mind you by the end of the night my character seemed to have been spotted sporting a very fetching blond curly wig!!! 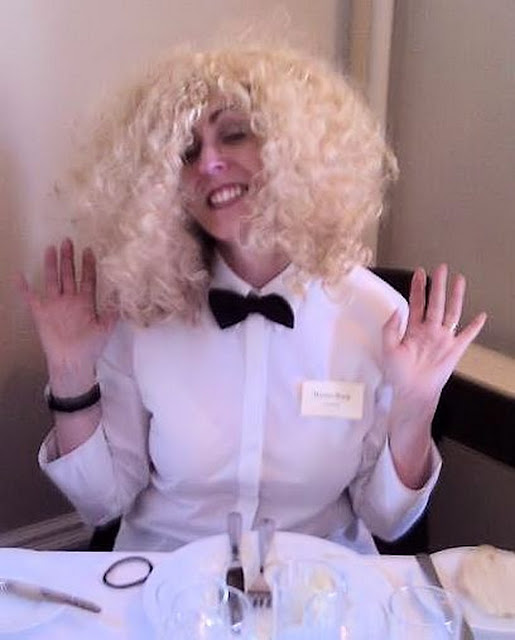 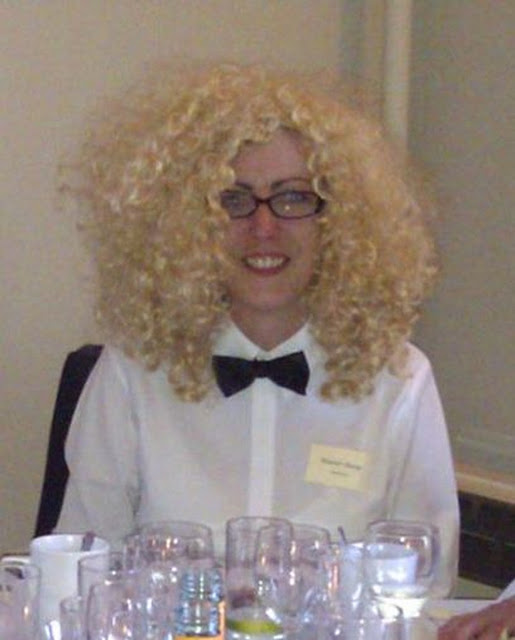 Enough said about that the better!!

After a night of non-stop laughing, putting on plays, eating lovely food (especially the chocolate dessert) and generally have the bestest time ever it was time to find out who the murderer was.

Were we really bothered by this time?

Oh and I just have to show you the girls I work with -  Elaine, who for me should have got an Eric Award for her costume and Sharon who has "Family" connections!! 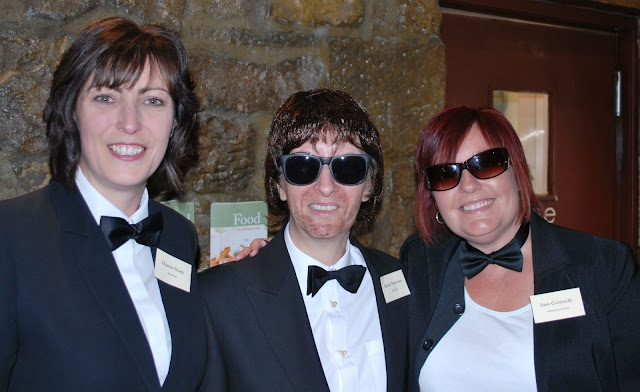 Considering both Sharon and I had second thoughts about going it was a brilliant night.