After dropping the Teenage One and his pal off in the middle of The Glenlivet Estate yesterday, so they could do their Bronze Duke of Edinburgh expedition, Mum and I went along to the local distillery for a free tour and tasting. 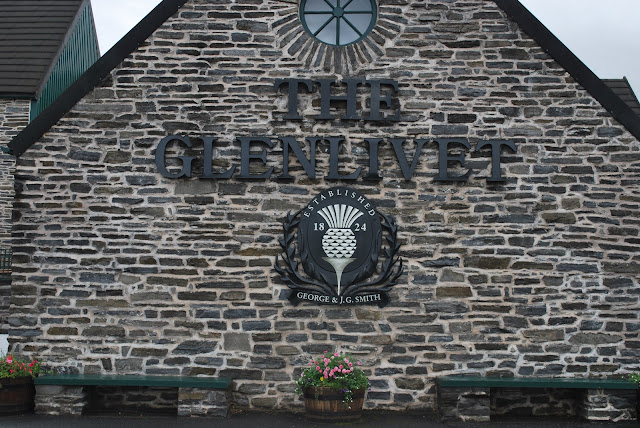 I've lived up here since 1989 and have never been to this part of the world.
Hard to believe really but it's only 25 miles away from home yet seems like another world. 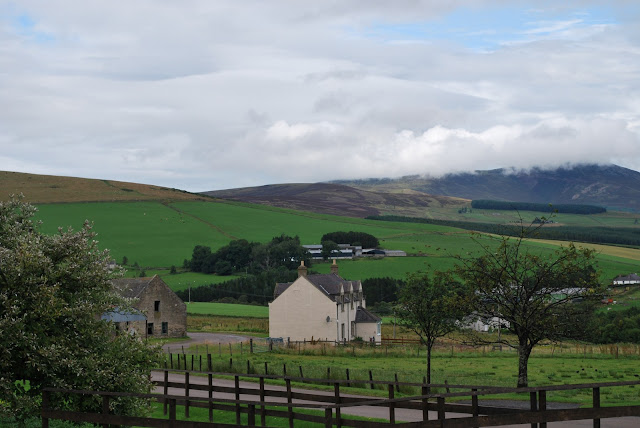 We had time to kill before the tour so had a quick look around the exhibition.  I loved this idea for the bottle display. 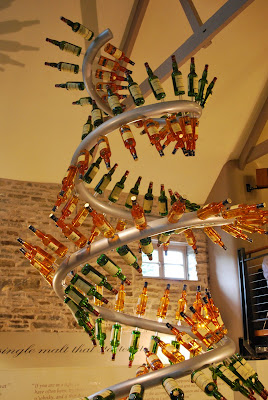 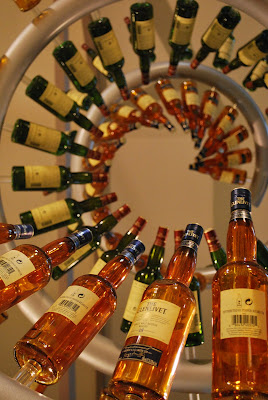 Mum spotted this quote which we thought was absolutely true :0)

On the way into the exhibition you pass the "Cellar" where they store the casks that are really old.  The oldest being from 1959.  I can't imagine how much that will sell for but probably somewhere in the region of £5,000 per bottle!!! or so the tour guide says. 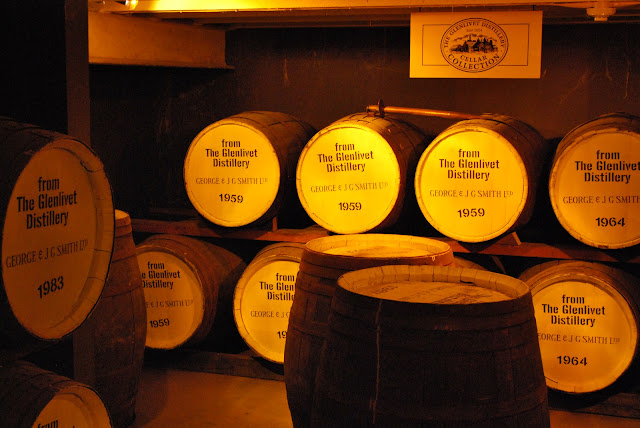 The tour took about an hour, but no photographs were allowed and blogger won't let me post the smell of the place, so you'll just have to believe me when I say it was a really interesting visit, the smell was lovely but the dram at the end would have been better saved for John.  Whisky is definitely an acquired taste.
Mum and I headed off for a coffee and a slice of coconut cake to take the taste away!!!
Labels: Home