A few years ago Samuel decided that he didn't want his computer desk in his room any more he wanted the old bureau we had so he could use it as a work space.   It was no problem for me as it meant that I had bigger space in my little craft room/space on which to spread my pretty papers (when I actually got them out of the box!!) 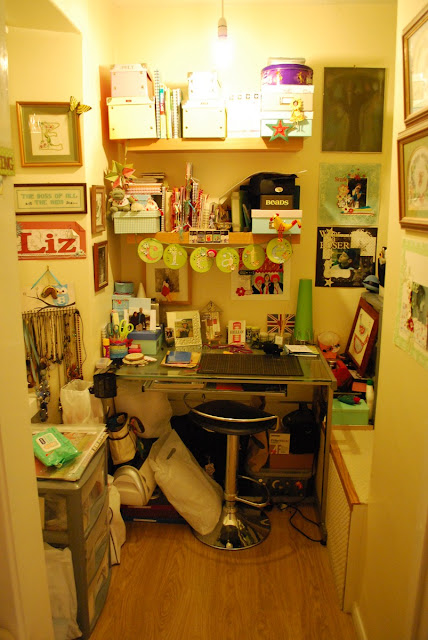 As you can see it has become somewhat of a dumping ground lately as a lot of my crafting is done on the kitchen table.
Imagine my surprise today to come home and find that "actually that computer desk would be better in his room as he gets a sore neck looking up at the computer monitor (it's only been like that forever!!) so could I help him move things around.  Oh and by the way I've already emptied the bureau."

So instead of making tea I spent an hour and a half moving, cleaning, replacing and tidying my craft room furniture. It does look better now and a lot of things are now out of sight, I just hope it gets me scrapping again. 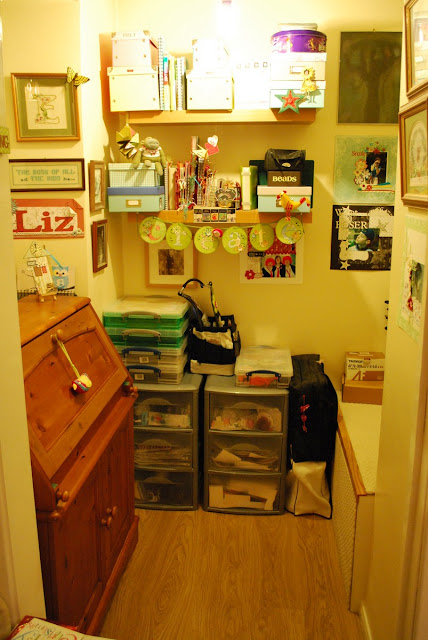 I've still to de-clutter a lot of boxes etc but that can be done a little at a time.  There are things in there that haven't seen the light of day for years!!