Today saw us take another trip to the orthodontist in Obar Dheathain or as we like to call it Aberdeen.

A six hour round trip for the sake of a 10 minute appointment. 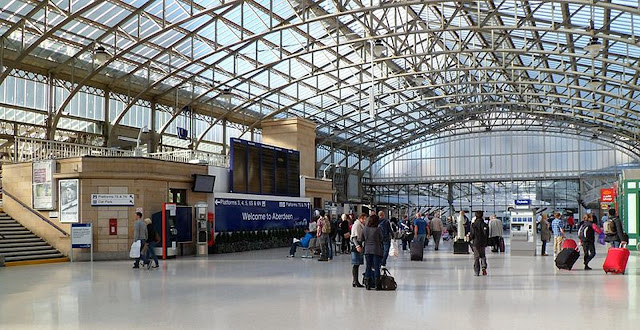 The teenager now has to pay on the train as he's 16 and classed as an adult.  He has a railcard but it's still an extra £12.30. At 6ft I don't think I can get away with saying he's still 15.
We have another trip back on 1 April.  Roll on the end of the year when the braces come off (fingers crossed). Mind you the last time we were meant to go through in April the trains were cancelled and the road closed due to snow!!
Labels: Home