Yesterday's trip to the orthodontist lasted nine hours (and a bit).  We left at 7.50am in the morning and got back at 5.10pm.  We would have been quicker but we had 3 hours to kill in between appointments.

What to do in that time?  We would have gone to see the new Star Trek film but it didn't finish in time for the second appointment so I decide that we (or should I say I) needed a look around the shops.

First we had to visit Pizza Hut as we were so hungry. So hungry I had to eat half before taking the picture.  It's not as bad as it looks.  One small pizza and a lot of salad.  The Teenager on the other hand polished off a 14" double pepperoni to himself.  That boy has hollow legs. 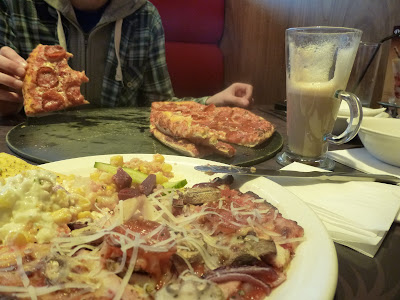 Next I had to visit Kath Kidston.  I was like a kid in a sweet shop.  Sooooo much to see. 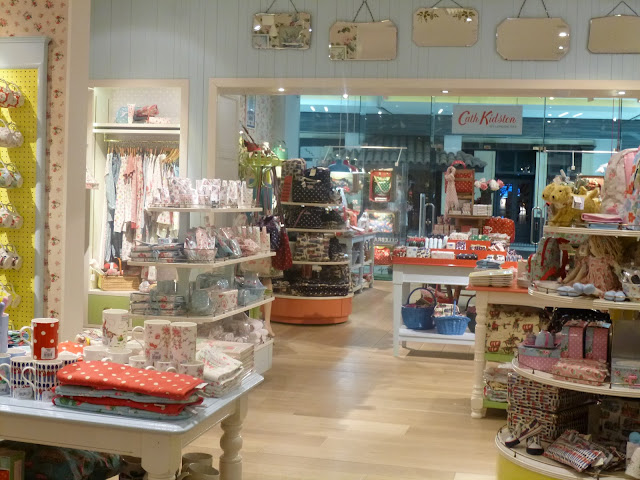 There were others in the shop but I cunningly managed to take this when no one was in shot.  I love that the shop has original objects from the 40s & 50s on display.  Old hairdryers and sewing machines and a whole section of old embroideries.

Unfortunately my budget didn't stretch to everything I'd like so I settled for a cover for my "new to me" i-Phone.  A bargain at the moment as it was reduced.  I Love it.  The Teenager on the other hand wasn't impressed.  Still it should stop him having to use mine if his phone is flat. 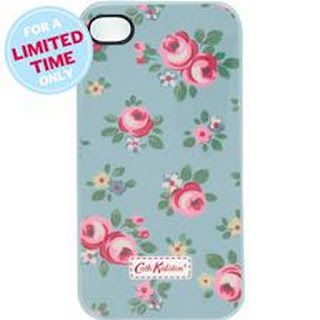 After wandering around a few more shops we headed back to the dentist.  But not before buying a new Jaguar XK.  A snip at only £50K. (I wish) 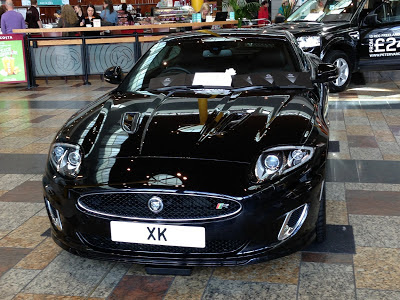 The Teenager seems to have turned a corner on ' being seen with Mum' and was really good company yesterday.  We had a laugh about really silly things and I told him funny stories from when he was little. He told me what music he was listening to and showed me how to use my phone.  I in turn coughed up for the new t-shirts he liked.  Funny that :0)