The braces are off

After only 16 months the Teenager has had his braces taken off.
The reason he needed them in the first place was because he had an extra piece of tooth growing in the roof of his mouth that made his adult teeth stop growing properly.

He had that removed in hospital in 2005 and when they did come through they were all over the place.  In 2008 they looked like this... 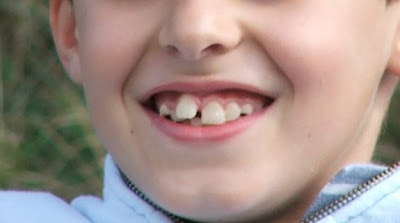 He then had to wait 4 years for all his baby teeth to fall out before he could get these in January 2012. 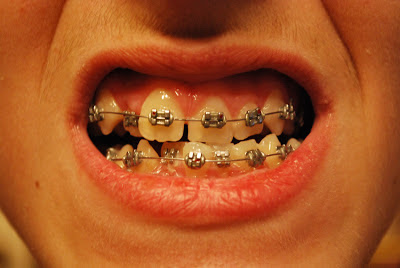 Then over the next 12 months we had coloured wires 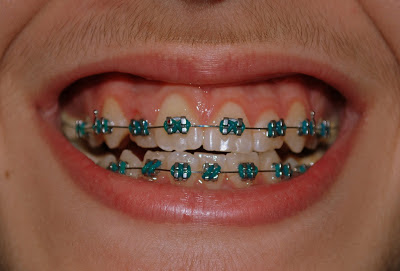 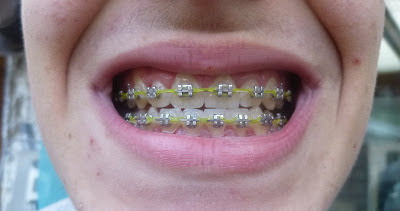 until today we ended up with this 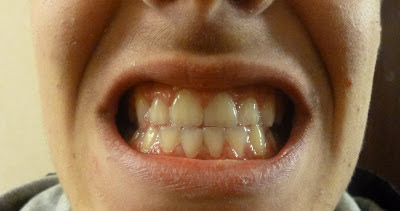 He now has to wear a clear plastic retainer, top & bottom, for the next few months and then he should just have to wear it at night for a while and then he's done.

I have to say that the NHS orthodontics in Aberdeen have done a fantastic job and saved me lots of ££££££££.  I hate to think how much it would have cost had we had to pay for it.

He's really pleased with the result and is now realising that all Mum's nagging reminders to "Do his teeth" have paid off :0)

Apologies to anyone who doesn't like looking at other peoples teeth (and that includes me).