What are you Reading?

I polished off The One You Love and followed that with Watch Over Me by Daniela Sacerdoti.  Now I've just started My Temporary Life by Martin Crosbie.  (It's part 1 of a Trilogy). 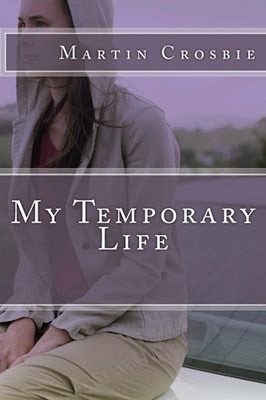 Heroes are not born. They're made.Malcolm Wilson's strength was forged during harsh childhood days--ugly days when he faced down schoolyard bullies and endured the neglect of a promiscuous mother. It is a strength that he has wielded to defend himself and his friends.
Yet those years and traumas have taken their toll. Somewhere along the way, Malcolm Wilson lost his love of life.
That changes the day when beautiful, tempestuous Heather enters his world. He feels the stirrings of something long dormant. And when he learns of Heather's own abusive childhood--and the daughter that she was forced to leave behind--Malcolm knows one thing:
He must help Heather get her little girl back.
Their harrowing quest takes them from Scotland to a remote corner of Canada. There, Malcolm faces more than he bargained for--from being accused of kidnapping, to being targeted by an enraged psycho. And he discovers that Heather's story is more tragic than he could ever have imagined.
Yet his love for this woman with the flaming red hair--and for a little girl he has yet to meet--gives Malcolm Wilson the one thing he desperately needs: A chance to be reborn.
A chance to become the hero he never dreamed he could be
Labels: Books