Before supper tonight I managed to get the Teenager to come with me to walk Moss.  It's sometimes the only way to get to speak to him other than the usual words OK and Fine.  It was his first day back at school today after his exams and he had his first S5 induction day.  Tomorrow they have another full days induction before starting the new timetable on Monday.  Turns out that when stuck with his mother for a while it's easier to answer her questions than not.

We wandered off to the pond to see Mr & Mrs Swan and their 7 babies.  On the way we saw these two lurking in the long grass. 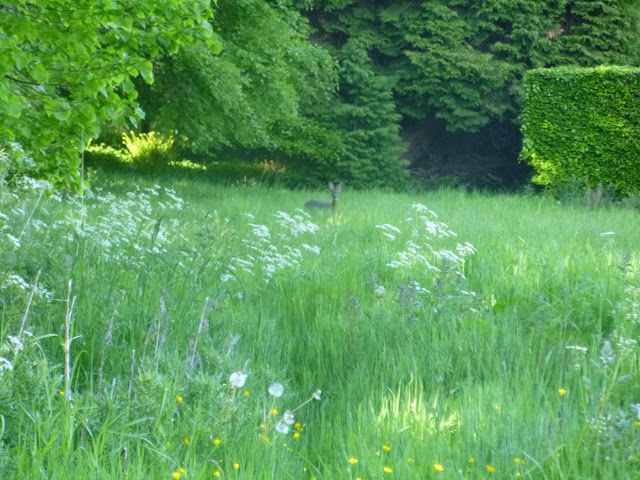 At first it looked like there was only one who was trying out his "If I stand really still and stare they won't notice me" pose.  All was going in her favour until she waggled her ears and she ran off taking her friend with her. 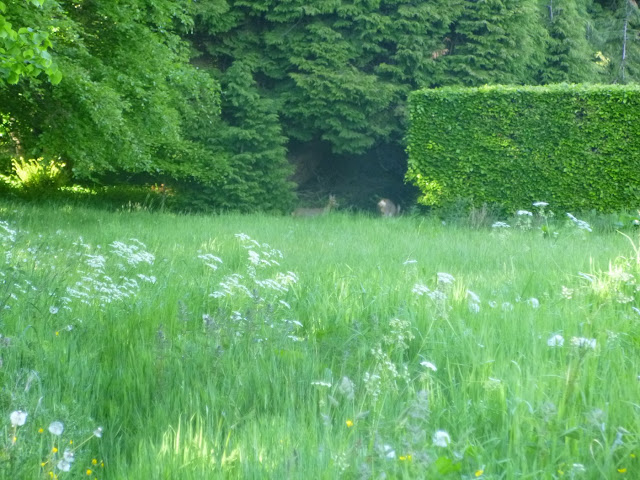 Round at the pond the sun was shining and the sky was blue. 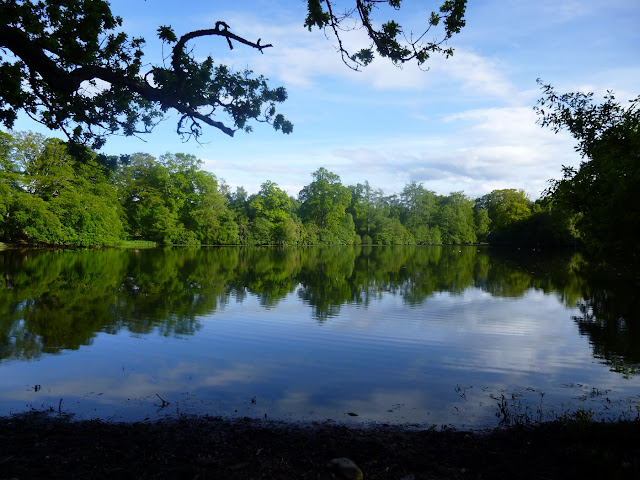 We eventually found Mr & Mrs Swan but even me with my limited maths could only count 6 babies today. 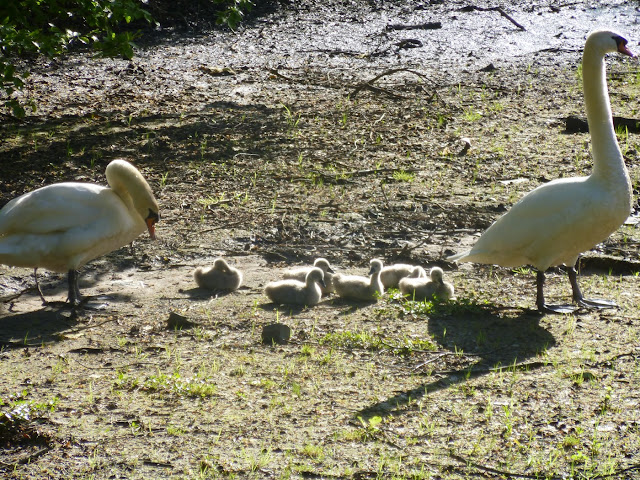 At some time in the last 24 hours one little one has gone missing.  I'm really hoping that the others survive as last year all 5 babies were lost.