Yesterday I managed to get off work to go with the pupils on a school trip.  It was only for a few hours in the afternoon but it was the first time anyone from the office had been asked to go in the 11 years I've been there.
The planned trip was to the Glenfiddich Distillery in Dufftown, a village not too far away from the school. 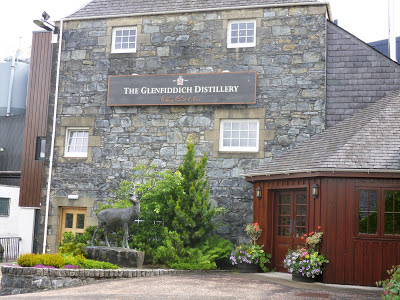 It was for pupils taking French and German and was organised by the Modern Languages department.  Two teachers would take a French and a German group each and I'd take the other French.  Or so it was planned. When we got there there was only one of each so I just tagged along with the French lot.  I managed to keep up purely because Mum and I visited a distillery last year so I had a rough idea of what was being said.  I didn't understand 99% of the French but it was interesting to go.

I think the kids thought I was some strange woman who'd come along for the ride.
Labels: Home, Work
Newer Post Older Post Home