I can't believe that part one of this album was way back in September 13.  I seemed to have lost momentum since then and only managed five new layouts.  I still have more photos to scrap and hopefully it won't be another five months until part 3 comes out!!

#16 - Universal Studios.  Not exactly what I was expecting after all the hype but not a bad day out.  The Transformers ride eluded us every time we went as they kept closing it down. 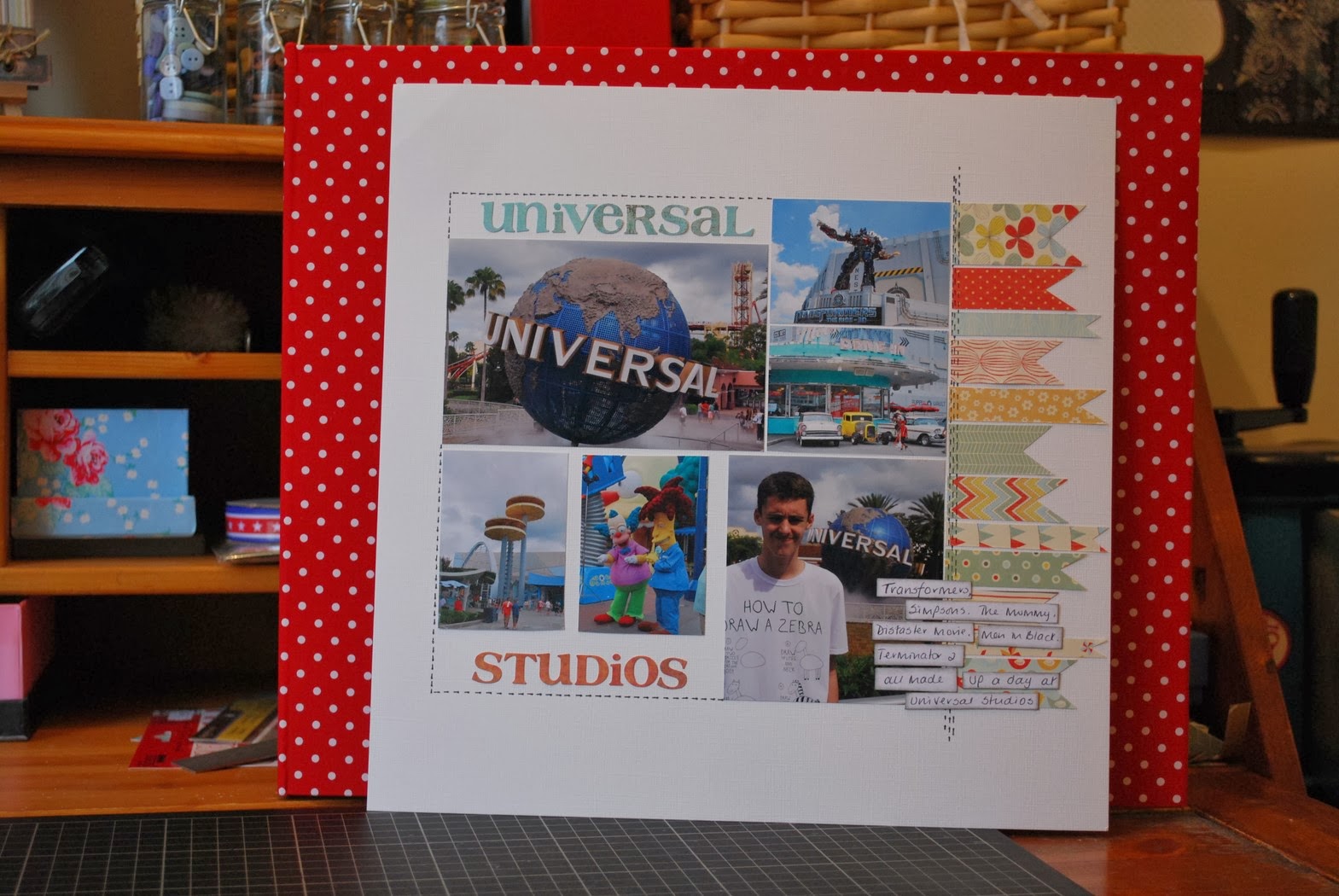 #17 - Singing in the Rain - A ready made umbrella on a lamppost!!  Too good an opportunity to miss.  Shame I need my own brolly minutes after taking this photo.  :0) 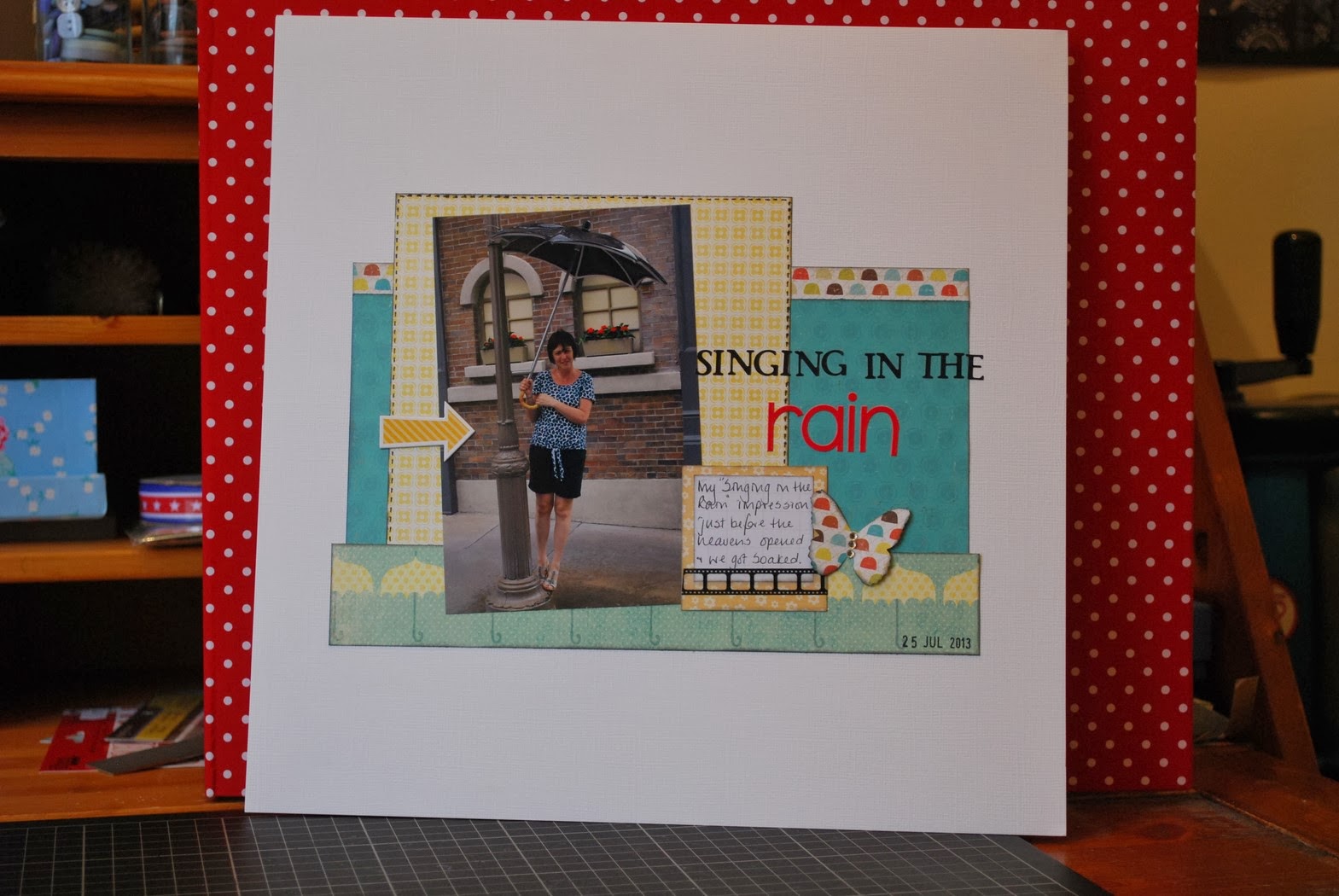 #18 - Sheikra - The biggest roller coaster of the holiday.  The older boys went on it twice much to the disgust of the smaller boy (but a relief for his mum). 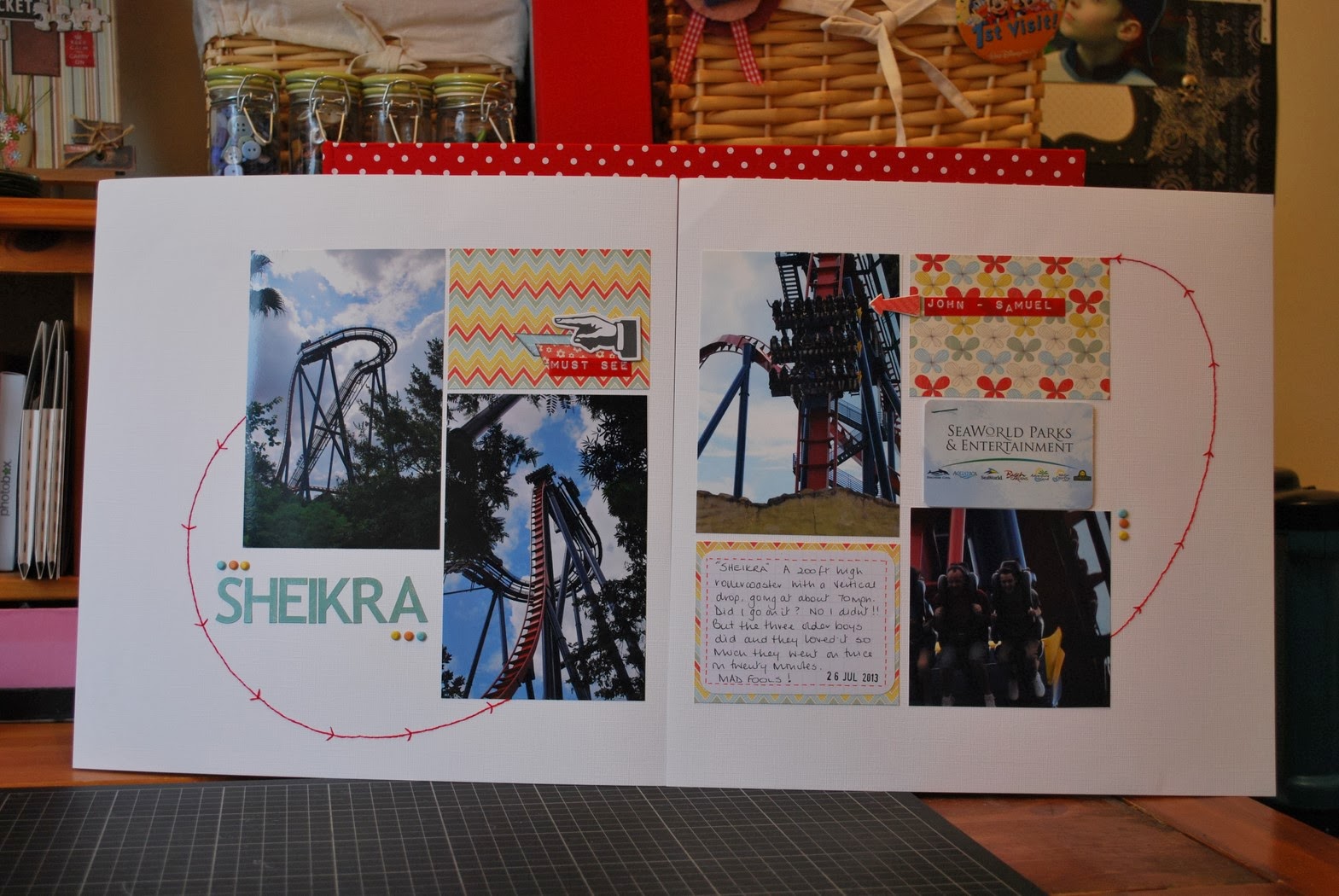 #19 - Not wanting to be tied at the hip both families had their own days out.  Ruth & Co went to Kennedy Space Centre, Fantasy of Flight and the town of Celebration.  We lazed about and went out for breakfast and wallowed in the pool. 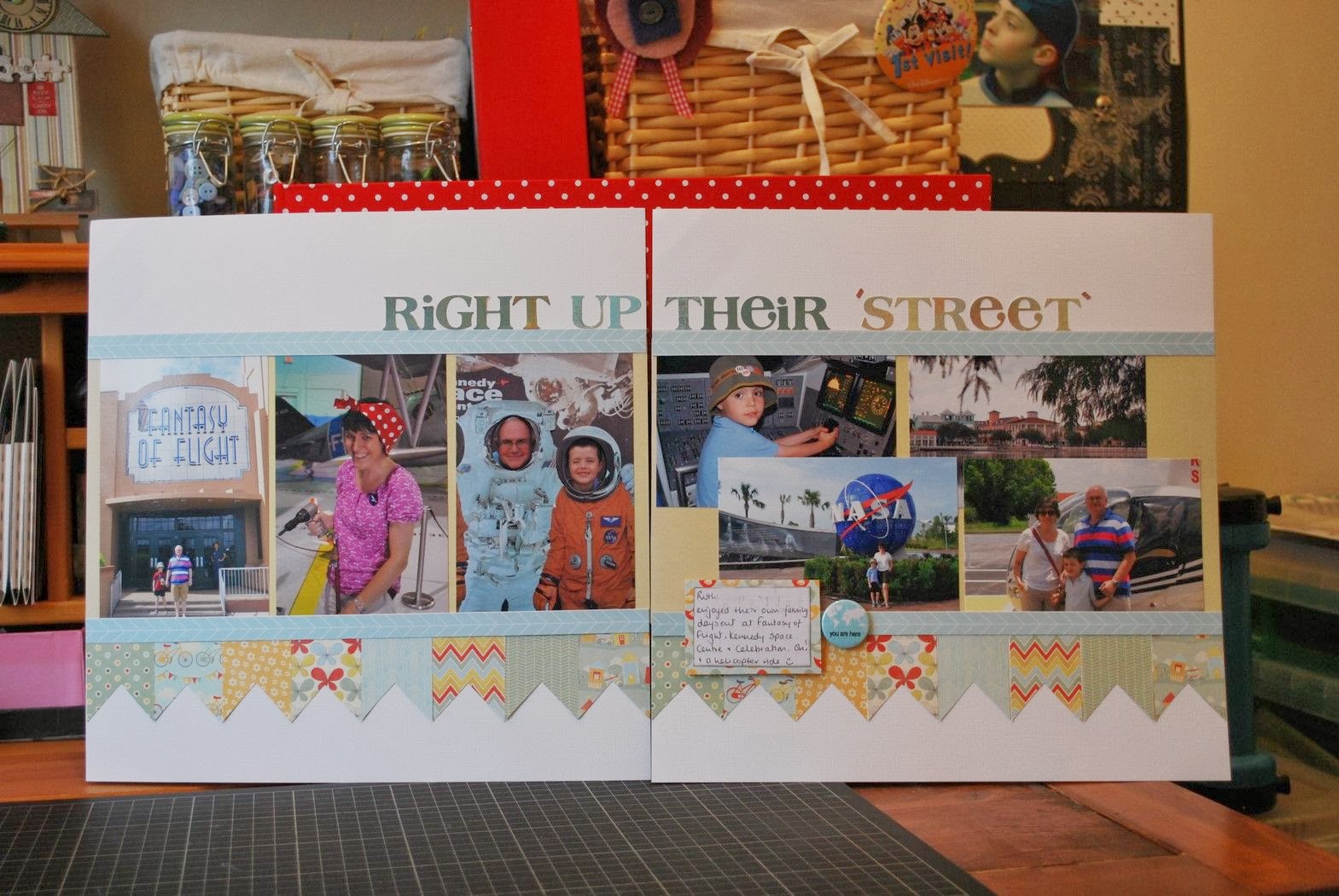 #20 - The Boys - Boy did they pack everything into a fortnight.  I was afraid at one point that they would end up looking like pizzas as that's all the parks had to offer at lunchtimes!! 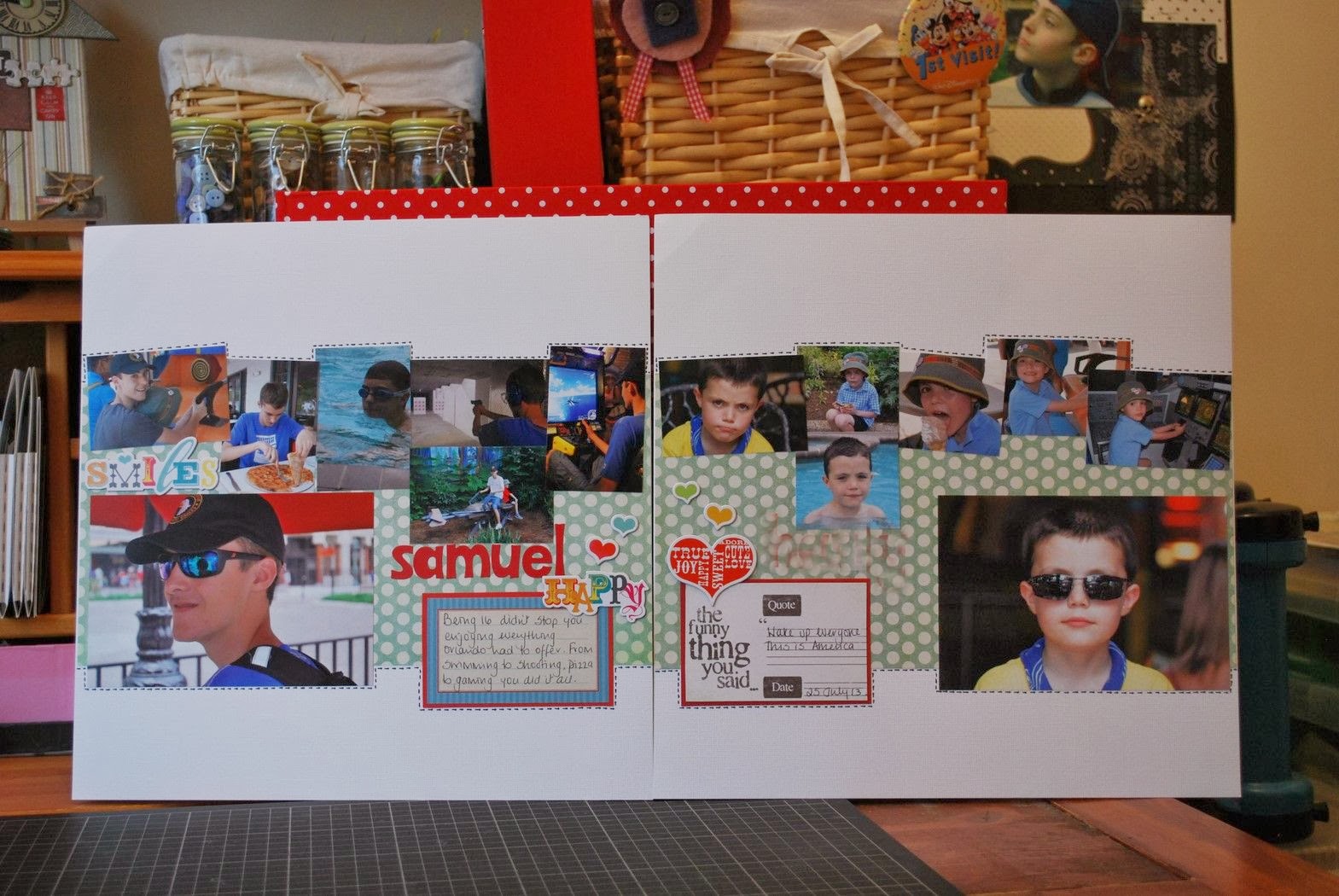 More to follow in the, hopefully, not too distant future :0)
Labels: Florida, Scrapping