EUROVISION!!!  Any excuse for a get together.  Not that we need one so I had the girls round for a few drinkies and some nibbles.

The entry that won was "unusual" to say the least.  An absolute gimmick. A dude in a dress with long hair and a beard!!  The bearded lady!!  What were Austria thinking?  His/her song wasn't that brilliant and if he/she hadn't had a beard probably wouldn't have won.
The whole thing is a fix and is the same every year.  That's probably why I don't normally watch it, but like I said it seemed like a good excuse for a get together.

This is us doing our hand waving when we found out who'd won.  There was a lot of over-reacting going on so we thought we'd join in!! 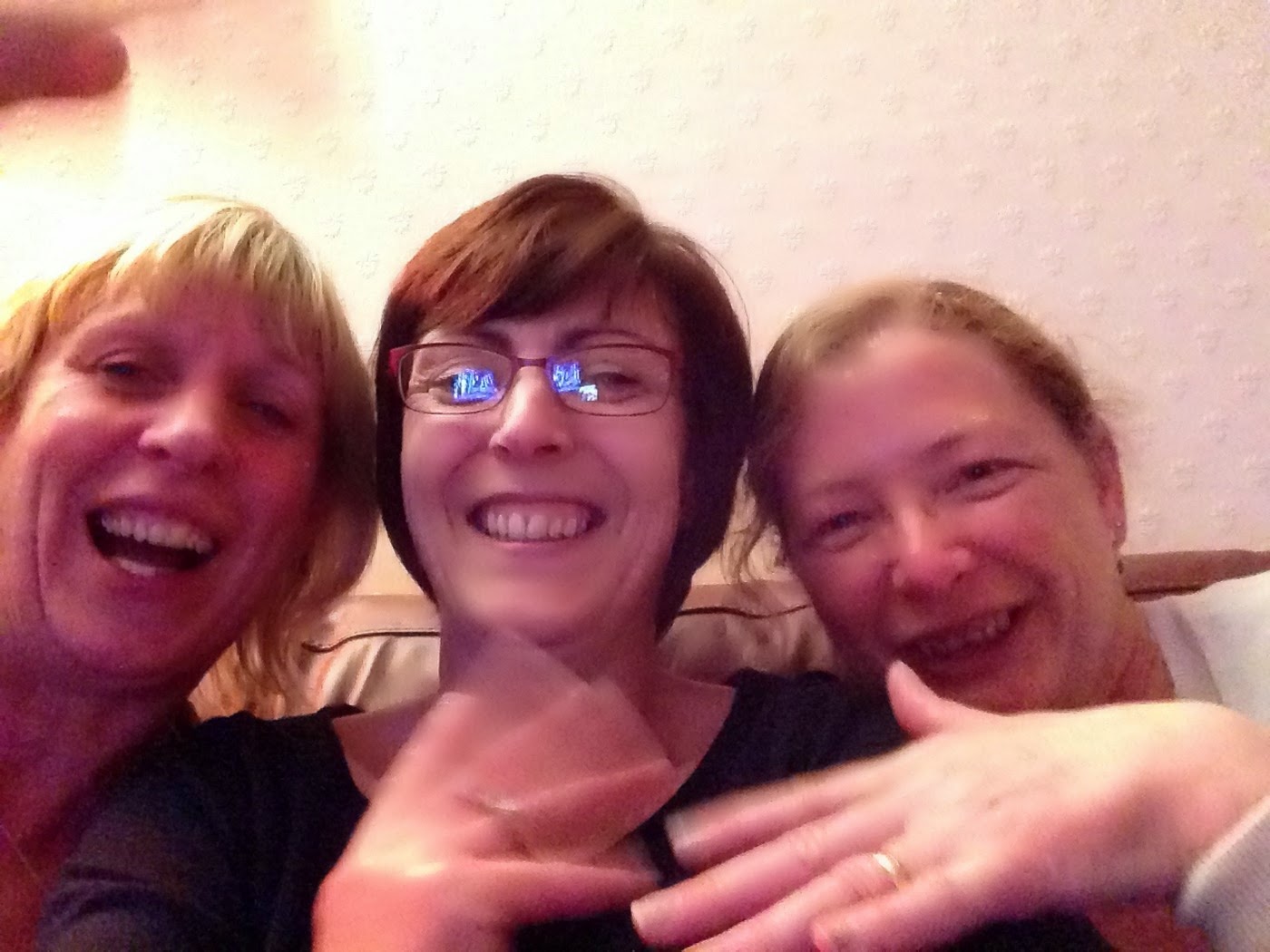