- July 24, 2014
Stopped at Pizza Hut on our way home and had a selfie taken with Blake Shelton!!  When I asked the lad behind the counter who Blake Shelton was he said he didn't know but thought he was some guy off one of those TV shows!!
That narrows it down a bit.  Turns out, thanks to Google, that he's a country singer.  Never heard of him but took a photo as the Teenager refused to do it!! 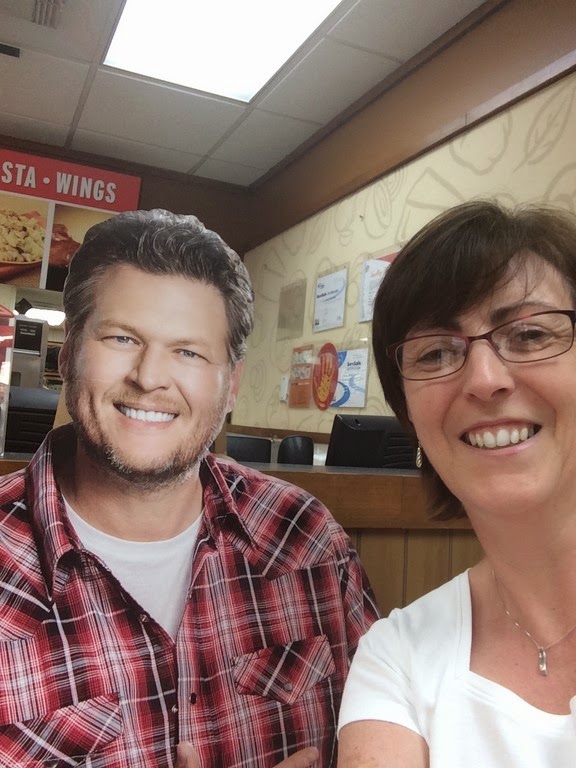